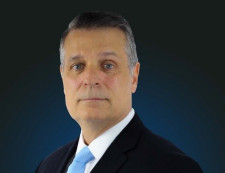 BOHEMIA, N.Y., January 5, 2022 (Newswire.com) - Dayton T. Brown Jr. announced the promotion of Jim Kelly to President of Dayton T. Brown, Inc. (DTB) effective Jan. 1, 2022. His new role encompasses the direction of the entire corporation and responsibility for all three divisions - Technical Services, Engineering and Test, and Mission Systems, as well as all general and administrative services and support functions.

While his full-time employment at DTB began in 2008, his relationship and roots began much earlier when he attended activities at the Company as a child with his dad, Jim Kelly Sr., who worked there. While pursuing his college degree, Jim worked in the Paint Shop in the Manufacturing Division and fulfilled many other roles as a summer hire between semesters, strengthening his knowledge and commitment to DTB.

"Under Jim's leadership, the Company continues to grow and prosper. His vision to inspire and grow this talented team and to expand our operations by building on current successes, creating a 'can-do' culture, facilitating teamwork, and streamlining and automating functions will lead DTB into a new era of success," commented Dayton T. Brown Jr., Chairman and Chief Executive at DTB. "His strategic vision, hard work, dedication, and leadership have had a profound and positive effect on the company and will take us forward to confront tomorrow's challenges and drive the growth of the business," he continued.

Dayton T. Brown, Inc. has been synonymous with the pursuit of excellence and customer service for over 70 years.  As a leader in the fields of testing, engineering, logistics, technical publications, and military mission systems, DTB has gained national respect and recognition. The Company was founded in 1950 and is headquartered on 32 acres in Bohemia, NY. Today, the Company is composed of three divisions, whose operations are widely diversified yet complement one another.