Where are these children? And how is this still happening? 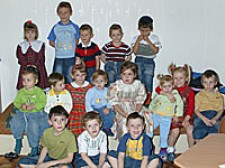 New York, NY, November 22, 2016 (Newswire.com) - ​Two colossal questions come to mind when reading the bold title above: “Are these children in Israel?” and "How can this still be happening?"  Many incorrectly assume that the former Soviet Union, specifically Ukraine and Belarus, have no Jewish population since the majority have immigrated to either the US or Israel in the 1980’s and 1990’s. This is not the case.

Thousands having been left behind, had children, and now these Jewish children are in continuous risk of abuse, abandonment and exploitation. These children often enduring malnutrition and falling victim to drug and alcohol abuse desperately need everyone's attention.  Some of these children are homeless and many are suffering due to the political unrest that the Ukraine has been experiencing for years. As we comfortably read this article in our safe and secure environments, there are 45,000 Jews currently living in Odessa, 2,500 of whom are Jewish children that are either homeless, abused, abandoned, or worse!

On September 27th, 2016, TiKVA Children’s Home celebrated it’s 20th Anniversary at TiKVA’s Annual Gala at Espace NYC with guests from around the world. This special evening raised over $750,000.

Our Lifetime Humanitarian Award was presented by Jeff Kaye, SVP of the IFCJ received by Mark and Jacob Schimmel, as we honored their parents, Harry and Anna Schimmel. The Schimmels are international philanthropists, who came to TiKVA Children’s Home in Odessa while visiting the Ukraine back in 2000.

The Schimmels made TiKVA Children’s Home an important part of their life, and have been passionate supporters of our life-saving mission since. The Distinguished Service Award was presented by Andrew Stamelman, EVP, to Max Kleinman, a long time TiKVA Board Member and senior consultant with Jewish Federations of North America, Associate Professor of social work at Rutgers.

TiKVA Children’s Home was founded in 1996 with a commitment to provide orphaned, abandoned, abused and homeless Jewish children of Odessa, Ukraine with food, shelter, education, counseling and a warm loving environment. To learn more about TiKVA Children’s Home, and to donate please visit www.TiKVAOdessa.org.

EIN Cap Celebrates a Year of Being A+ Accredited by the Better Business Bureau
EIN Cap is recognized for their commitment to consumers
EIN Capital - Mar 28, 2017