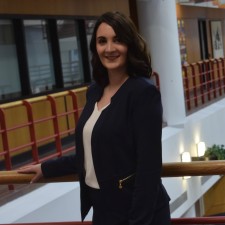 LONDON, September 24, 2019 (Newswire.com) - ​​In the spring of 2019, Jenn Galandy published a journal article derived from her Master's thesis. The article Improving Gender Representation in Canadian Federal Politics and Parliament was featured in The Canadian Parliamentary Review, a quarterly publication of the Canadian Region of the Commonwealth Parliamentary Association. Ms. Galandy's publication examines gender representation in Canadian politics and parliament.

Jenn Galandy explains that even after women gain entry into political office, they are faced with various barriers, such as the "glass ceiling" and the "sacrificial lamb" concept. To increase women's representation, Ms. Galandy theorizes that two principles must be fulfilled: supporting more women in politics and prioritizing female representation with all-male (or mostly) assemblies.

During the research period, Ms. Galandy interviewed six MPs and presented them with questions inquiring how they conduct themselves within parliament and how their conduct may relate to the social structures and roles of women outside and within politics. From these interviews, Jenn Galandy gained insight into what challenges current serving MPs have experienced or witnessed amongst their colleagues.

To explore what gender barriers are present in the Canadian federal political system, Ms. Galandy examines her research through three theoretical lenses: gender politics, politics of presence, and dramaturgy. The analysis of the research was conducted through primary data (individual interviews) and secondary data (literature review).

Results from the study varied, but what was declared conclusive was that methods to improve gender representation need to be both fulsome and diverse. One method applied at a time, will not help create change. In order for women to be equally represented in the political world, change needs to occur from multiple directions in a variety of ways.

Jenn Galandy is an enthusiastic individual who has a strong passion for helping others. Jenn recognized that she could create the most impact by immersing herself into a career in Public Policy. Today, you can find Jenn working in London's Cabinet Office as a Policy Project Manager.

Before jumping into her career, Jenn received her Bachelor of Arts in Political Science at the University of Calgary. While attending U of C, Jenn kept busy with several campus activities including the Model United Nations Team and the Political Science Association.

After obtaining her undergraduate, Jenn moved from Canada to England, where she attended the University of Nottingham. In 2018, she graduated with Merit Honours with a Master's degree in Public Policy.

Over the course of her masters, Jenn Galandy completed her thesis dissertation on the obstacles female politicians face in Canada's federal political system. Jenn first completed her own primary research for her thesis and was granted ethical approval from the University to conduct this research, in Ottawa in June of 2017.

Although Jenn has already obtained her Master's degree, she remains an academic at heart. To this day, Jenn continues to research gender politics. As an advocate for women's rights, Jenn makes an effort to share issues surrounding women's involvement in politics.