Largest treasure hunt of its kind. The Candyman David Klein bringing hope and fun to the world.

MIDDLETOWN, Del., September 2, 2020 (Newswire.com) - Gold Tickets are being hidden worldwide for you to find. Have you heard of The Candyman? Not Willy Wonka®, but a real-life Candyman. David Klein is the founder of The Jelly Belly® jelly beans and now Tricky Treasures. David is getting ready to retire, but not before he has some fun and not before he gives back to everyone who loves the candy industry like he does.

David and his partner have started going across the USA hiding gold style tickets in the form of necklaces in places they come across with an interesting story. Plans are to have multiple treasure hunts for these gold tickets in each state. You can join one of their treasure hunts which are launching right now at www.TheGoldTicket.com.

The biggest and best part of these treasure hunts is that anyone who joins at least one treasure hunt, will be eligible to search for THE ULTIMATE TREASURE which will be the key to one of his candy factories and an all-expenses paid trip and education to a candy-making university. He will add this treasure hunt after all the states have had a chance to play. Each treasure hunt is valued at $5,000 and cost is only $49.99 to enter a hunt. Each treasure hunt has a strict limit of 1000 participants, no exceptions.

"With The Gold Ticket Treasure hunt, our goal is to get people out and about with their families. Grandma and Grandpa can even join with the kids and grandkids," said David Klein, "The Candyman". "Take videos of your treasure hunt experiences for possible inclusion in our upcoming series."

Please go to www.TheGoldTicket.com and watch for free David's documentary, Candyman The David Klein Story and be inspired. Remember to join a treasure hunt and sign up for our Facebook page at www.facebook.com/groups/thegoldticket for more information. The Gold Ticket Treasure Hunt would be a GREAT gift this holiday season. Join David on this Willy Wonka® fantastical journey across America and see if you can find one of his elusive gold tickets.

About David Klein: David was born in Syracuse, NY and grew up in the Los Angles, California area. After getting a law degree, David decided his passion for candy was much stronger than any other ambition he had. In 1976 David created The Jelly Belly® jelly bean and marketed it nationwide. He has appeared on the Mike Douglas show, the Regis Philbin show, and on the cover of People Magazine in his iconic bathtub of jelly beans photo. David has been a philanthropist all his life and has mentored many entrepreneurs to astronomical success. His love for people is shown in everything he does. 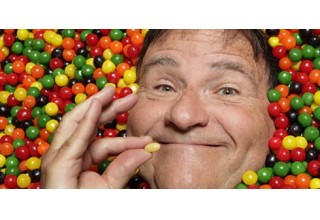 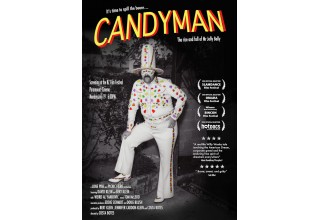 The Inventor of the Jelly Belly® Jelly Bean Has Done It Again! Join His NEW Treasure Hunt and Look for the Gold Ticket
The Candyman is getting families and friends outdoors again to try and solve his newest treasure hunt for a chance to be awarded $100,000. Somewhere in the 48 lower continental US states is a gold ticket. Read his book and see if you can solve it's location by deciphering the mystery of where it is.
Tricky Treasures - Apr 28, 2021
Newswire