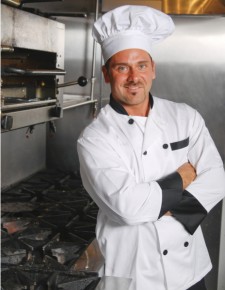 NEW YORK, N.Y, November 10, 2017 (Newswire.com) - Having traveled the world over the past few years experimenting with some of the most exceptional foods to gather unique recipes, Jared Hadaway decided to bring them to the United States.

The idea turned into opening his own restaurant called AMVROSIA, a Greek-themed restaurant based on unique flavors from all over the world to the people of America.

"After graduating, I started my travels just hopping around from country to country," Hadaway says. "I developed strong relationships with so many fellow food lovers, and it felt like I was living a new life every time I was moving from city to city."

AMVROSIA became an instant success in New York City and is gaining more attention from foodies and critics across the city.

Many patrons cannot name just one fabulous dish prepared by Jared Hadaway. When recommending what to order, Hadaway has these five favorites.

"Greeks are masters of spit-roasted and charcoal-grilled meats," explains Hadaway.

Souvlaki is one of Greece's favorite foods, both the skewered meats and gyro versions wrapped in pita bread with tomato, onion, and lashing of tzatziki. Hadaway glows about the local free-range lamb and pork, which dominate in sales with customers.

Fresh fish and calamari at AMVROSIA will let customers imagine they are seaside and eat like a local of the Mediterranean.

These fish dishes are incredibly tasty and cooked with minimum fuss, grilled whole and drizzled with a lemon and oil dressing called ladolemono. Flavorsome smaller size fish such as red mullet and whitebait are ideal lightly fried.

There are many different variations on moussaka that are found throughout Greece. Moussaka is usually an eggplant- or potato-based dish. The classic Greek baked dish is based on layering sauteed eggplant, or potato, with garlic, sauces like allspice and cinnamon, minced meat, fried pureed tomato, and onion. The final step includes topping it with a fluffy layer of cheese.

This dish has become a favorite at the restaurant, bringing former residents of Greece to take a bite of their home, and letting others experience the vast flavors of the Greek love.

The casserole-style dish can also be made with sauteed eggplant and lamb. Moussaka is usually found in Turkey and the Middle East in addition to Greece.

Greece has many various dips that are integral to the main course or meze platters. Tzatziki is a favorite dip that pairs well with grilled meat dishes.

It is cold and creamy and made with cucumber, garlic, and strained yogurt. Melitzanosalata is an eggplant-based dip made with lemon juice, garlic, olive oil, herbs, and red onion. It pairs perfectly with meat or crusty bread. For a fried cod dish, skordalia is a creamy dip made of garlic and potato. And finally, taramasalata is a paste made of fish roe, bread, lemon juice, olive oil, and onions. It's often served with bread for dipping.

As Jared Hadaway explains, vegetables like tomatoes, cucumber, onion and bell pepper are mixed with olives and hot peppers and seasoned with extra virgin olive oil, oregano and sea salt. It's finished off with generous slices or crumbles of feta cheese.

While there are many other dishes at Hadaway's restaurant that customers rave about, these are the plates he has put the most time into.

"I wanted to bring the finest Greek food to America," Hadaway proudly states. "To have many Greek patrons say that my dishes take them back home means the world to me." 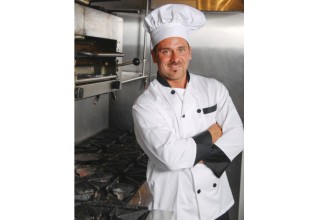 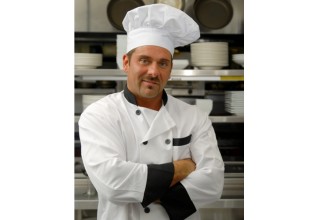 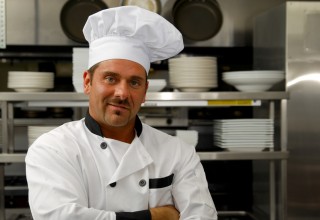