Germany knocked off the top spot of the Henley Passport Index 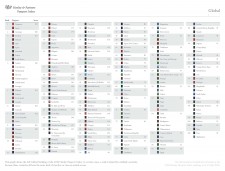 The rest of the top 20 on the Henley Passport Index — based on exclusive data from the International Air Transport Association (IATA) — remains fairly stable, with no new visa-waivers processed for the UK and the US, who both remain in 4th place.

Far from being something we are powerless to change, citizenship is much more flexible than many people realize. Citizenship-by-investment programs allow individuals to significantly improve their passport power and global access.

Dr. Christian H. Kälin, Group Chairman of Henley & Partners, says your passport can provide a gateway or a barrier to international opportunities. “The Henley Passport Index enables individuals to assess where they lie on the spectrum of global mobility and helps governments understand the relative value and power of the passports they provide.”

Nationals of most EU member states have not seen any improvement in their global access since 2017, mainly because their inbound policies are so restrictive. According to Prof. Dr. Florian Trauner, Research Professor at the Institute for European Studies at the Free University of Brussels, “The current political climate in the EU is not conducive to more liberal admission policies” and “in the wake of the Brexit vote, the UK has been trying to install a stricter immigration regime vis-à-vis both EU and non-EU citizens”.

Dr. Parag Khanna, Managing Partner of FutureMap, says Trump’s travel bans are unlikely to affect the power of the US passport: “Countries with weak economies cannot afford to close out a nationality that provides large inflows of tourists. Turkey learned this lesson when it temporarily demanded that Americans apply for visas before traveling there.”

Russia, which opened its borders to World Cup fans, has not yet gained reciprocal access to any new destinations, but it nonetheless rose one place to 46th position. The UAE, now in 21st place, has continued its remarkable performance, gaining access to four new destinations since May — Guyana, Canada, Brazil, and Barbados. Ryan Cummings, Director of Signal Risk, says: “By initiating visa-waiver agreements with several countries within the Americas and the Caribbean geopolitical zone, the UAE is helping its citizens access key business, cultural, and holiday hotspots.”

Despite recently gaining access to Belarus and Zimbabwe, China has fallen one place to 69th on the Henley Passport Index. Improved scores for countries such as Nauru, Belarus, and Indonesia, which sit directly above China, have made it difficult for the country to ascend the ranking.

Dr. Kälin stresses that a poor-performing passport need not constrain your potential: “Far from being something we are powerless to change, citizenship is much more flexible than many people realize. Citizenship-by-investment programs allow individuals to significantly improve their global access.” Read the full press release. 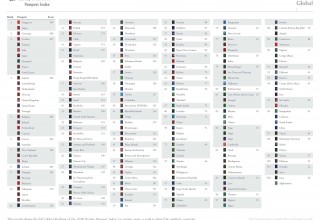 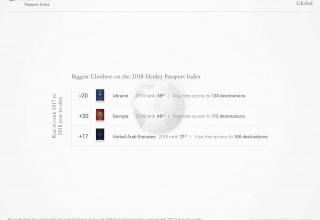 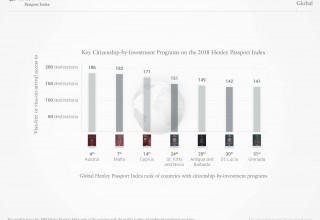 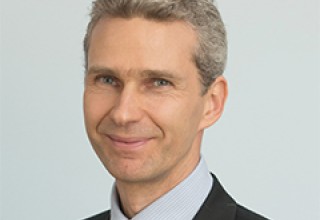 Henley & Partners is the leading international citizenship and residence advisory firm with over 30 offices worldwide. For more than 20 years, it has provided both governments and private clients with expert advice on investment migration programs.

Japan Has the Most Powerful Passport in the World
Asian countries take the lead when it comes to travel freedom
Henley & Partners - May 22, 2018