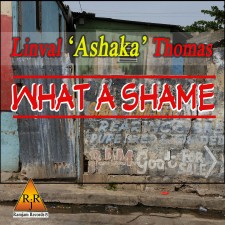 ATLANTA, December 8, 2017 (Newswire.com) - ​​​​​​​Jamaican reggae recording artist, writer, and producer, Linval Thomas, also known as Ashaka, today announced the release of his new wave dancehall reggae single "What A Shame." The single is delivered from his independent record label, Ramjam Records, and was recorded in Marietta, Georgia, where he now resides. The single is distributed worldwide, exclusively by VPAL Music and now available on iTunes and all other major digital retailers.

"'What A Shame,' is a call for change," said Ashaka. "It is the canvas of my outrage with the financial, cultural, political, and judicial inequities that prevailed in Kingston, Jamaica, when I was growing up as a child, and continue today unabated. With that said, I would not exchange Jamaica for anywhere else."

'What A Shame,' is a call for change. It is the canvas of my outrage with the financial, cultural, political, and judicial inequities that prevailed in Kingston, Jamaica, when I was growing up as a child, and continue today unabated. With that said, I would not exchange Jamaica for anywhere else.

The cover picture of "What A Shame," in real time, paints the portrait of the setting in which Ashaka spent the first six years of his childhood. "My fans," he said," will hear me exemplifying a different musical style in "What A Shame," that is more dancehall reggae trendy, and lyrically edgy. It's a in your chest bass heavy dancehall reggae song, unlike the more tempered lover's rock, roots centered feel of my previous recordings."

Linval Thomas heralds from Fletchers Land, Kingston, Jamaica. From the time he was in his early twenties, he wanted to record an album in Jamaica. It was his father's dream for Thomas to join the United States Air Force, and that is what he eventually did, rising to the rank of senior master sergeant. He retired from the air force 1993, while living in Belleville, Illinois. Music was always on his mind, though.

Finally, in 2013, he put everything he owned in storage, returned to Jamaica and found a place to live. He used his retirement savings to hire musicians, singers,and technicians and recorded an album of his songs at Bob Marley's studio, Tuff Gong, He joined ASCAP and created his own record label to release the album, "Call Me."

Phyllis Korkki, editor and reporter of the New York Times, reached out to Ashaka while he was in Jamaica and expressed her interest in including his story in the book she was writing. In her book, The Big Thing, published August 2016, she wrote, "I wouldn't call Linval Thomas a late bloomer so much as a long slow bloomer."

Michael Kuelker, KDHX 88.1 FM, radio presenter, St Louis, Missouri, summed up Ashaka's music as "More than a collection of roots and lover's rock. It's roots the way roots was meant to be." Disc jockey Big A, IRIE FM, Jamaica, interrupted a live mix on air with, "Get use to him, his name is Ashaka!" "How come these songs are not on the air every single day," asked Dudley Thompson, Roots FM 96.1, disc jockey, when he was first introduced to Ashaka's music. And on Alvor FM 90.1, Portugal, Ashaka's songs are appearing on playlists with the likes of Mick Jagger, Stevie Wonder, and Bob Marley, to name a few.

"My number one priority now is to expand my fan base and generate sales by making 'What A Shame' and 'Call Me' readily available for world review. The campaign starts now." 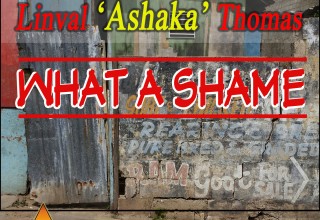 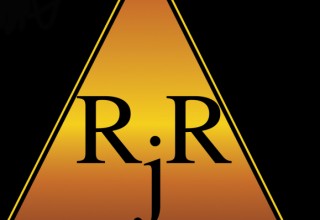