SANTA ANA, Calif., May 31, 2018 (Newswire.com) - ​Israel “Izzy” Battres just finished filming his 7th season as the preferred contractor of HGTV’s Flip or Flop. His relationship with co-stars Tarek El Moussa and Christina El Moussa began six years ago. They were separately trying to take advantage of the “home flipping” goldmine that had taken shape after the recession. The arrival of HGTV and a hit show launched this business-savvy triad onto the ride of a lifetime. Over the years, Israel has expected plumbing leaks and shaky foundations, but he was taken aback by the recent divorce and pain that flipped his friends’ lives upside down.

This season will put the personal lives of Tarek and Christina into the spotlight. It has not been easy to watch. “I had no idea what was going happen,” says Israel. “Tarek and Christina are not just my business partners, they are my friends.” Watching their greatest pain played out in public was devastating. Rumors that Christina’s new boyfriend was a contractor from the show put the married father of two in an awkward space. “My daughter came home and said her teacher asked if I was the new boyfriend,” says Israel. Even more uncertain was the effect their divorce had on the work. The former couple was trying to keep their divorce private but found it impossible to keep personal feelings out of business decisions. Israel is good at listening without taking sides, and is careful to not alienate one over the other.

Navigating the fresh divorce of Tarek & Christina will reveal Israel’s knack to keep the peace, provide counseling during fights, and moderate disagreements as they all work to keep schedules on track. With his construction company’s impeccable work on and off the show, this former day laborer has quickly cemented his place at the top of the home flipping world.

Israel had a background in construction and at one time worked as a day laborer to bring in cash, his business later started with his brother and a pick-up truck. One day, that truck pulled up to a home that Tarek El Moussa needed to flip. As filming started, Izzy stayed focused on building his growing company and leaving a good name, but welcomed the opportunity of extra promotion. After the pilot was picked up he continued to focus on the work, and 7 seasons of television flips have created opportunity for multi-million dollar home renovations.

He now owns and operates three businesses including Battres Construction, the Battres Home Design Studio and the soon coming, Izzy Buys Houses. He is working to dominate the home renovation market in areas such as Surf City Huntington Beach, Newport Beach and Laguna. His popularity from Flip or Flop is building a reputation for high-end luxury renovations in Orange County’s coastal market.

Israel “Izzy” Battres is looking ahead to more work with Tarek & Christina, as they navigate flips, family and friendship. Catch Flip or Flop Season 7 Thursday Nights at 9/8c. 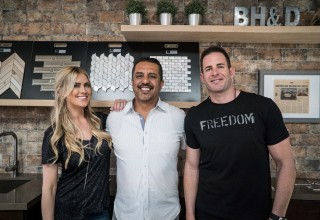 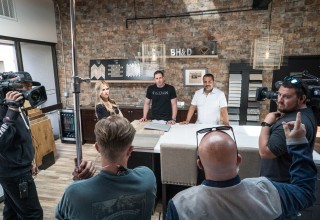