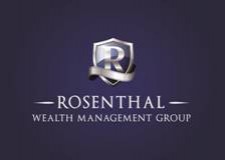 WASHINGTON, April 5, 2018 (Newswire.com) - Larry Rosenthal, a Washington, D.C. based money manager says that with April 15 just around the corner, many people have just completed doing their tax return and are now developing plans on how to spend that long-awaited windfall. Some have begun thinking about where to put the newest, latest and greatest big screen TV that promises to visually transport viewers anywhere on the screen. For others, cruises and exotic vacations often come to mind that literally take you anywhere your new money can afford. That’s the fun stuff.

“For most people, decisions about how to spend tax return dollars becomes a tug-of-war over not-so-fun or ‘must do’ things versus fun or ‘nice to do’ things,” says Rosenthal, a money manager often cited by a host of national and local media (see last paragraph).

“Oftentimes, you can spend some money in both arenas but it is not unusual for ‘must do’ things to get the lion’s share of that money. You cannot ignore forever, replacing those bald tires on the car or replacing that ancient hot water heater in the basement. The unplanned failure of such things can often times end up costing far more than prudent replacement using tax return money,” Rosenthal said.

Rosenthal offers the following ‘Top Ten List’ of do’s and don’ts to help sort out how to divvy up those tax return dollars.

1.      Don’t make financial decisions — such as those involving a tax return check — emotionally. You and your spouse may have worked your fingers to the bone all year but such circumstances should not empower you to take vacations or buy a sports car if those decisions are not supported by a reasonable assessment of ‘the numbers,’ including your tax return check.

2.      Do make a list of the top ‘Must Do’ items. That list will tend to drive most decisionmaking. Repairs to cars (tires/brakes/exhaust, etc) or the home (air conditioner/washer/dryer/refrigerator etc.) will likely dominate.

3.      Don’t ignore possible ‘nice to do’ things. Make a list of a few of them as well,  just in case you are one of the fortunate people who have managed to deal with and plan for all those ‘must do’ things. And make sure that list includes at least a few relatively inexpensive ‘nice to do’ things such as dinner out for two at one of the nicer places you have had on your mind. Perhaps your financially Spartan behavior over the year might even allow you to reward yourself with that long put off cruise.

4.      Do take a look at your regular bills. Are there bills that you are late on, such as phone, utilities, etc. If there are, then you need to attend to them. You will have to pay them at some point and late penalties can add up quickly as well as damage your credit rating.

5.      Don’t forget the kids. Have you reasonably attended to things that may come up and affect them. For example, are you putting off needed braces or is the timing right for you to start dealing with future educational needs such as college or vocational schooling.

6.      Do take a look at your loans and other financial commitments for high- interest obligations. Most people have numerous credit cards and often times, several of them will have relatively high rates of interest – over 10 percent. Paying down such debts is in effect allowing your money to work double time for you by lowering both your total debt as well as your high-interest debt.

7.      Don’t forget charities. Lots of things to say about this notion. Pay it forward.  Give back. Tithe. Help the less fortunate. There but for the grace of God go I. And of course, there is one crass thing to throw in – can you say tax break.

8.      Do think about the breadwinners. You or you and your spouse are the infrastructure that is keeping your family upright or afloat. If there is some shoring up – i.e. professional training/development – that would better enable those breadwinners to survive or perhaps even thrive better in the future workplace years, then perhaps this is the time to set money aside for those activities.

“To this very day, in spite of helping scores of people set up such accounts, I have yet to hear anyone say anything like ‘Damn, there is way more money in my retirement account than I need.’ It doesn’t happen. So don’t be afraid of overdoing it on the retirement account,” Rosenthal said.

“One tip that I have seen work, is to set aside a specific percentage of each year’s tax return, to augment your retirement effort. Over a few decades, even a modest contribution of perhaps $1,000 or so, can add up to a serious nest egg down the road,” Rosenthal added.

10.  Do at least think about talking to a professional money manager to help you better plan for your future financial needs. Many such experts offer a free initial visit so the risk is really minimal. Much like we used to see a lot of do-it-yourselfers on older cars, we see less and less of that on today’s complicated vehicles. The wealth management world has likewise become far more complex where missteps can cost thousands, tens of thousands or even much more.

Rosenthal is President of Rosenthal Wealth Management Group, and is a much sought after financial analyst who resides in the Washington, D.C., area. He has appeared regularly on Fox Business News and has been quoted in The Wall Street Journal, CNNMoney, U.S. News and World Report, CNBC’s The Nightly Business Report, The Washington Post, USA Today, Money, Bloomberg, The Chicago Tribune, The Fiscal Times, Kiplinger’s Retirement Report, Consumer Report’s Money Advisor, The Washington Times, Financial Planning, Financial Advisor and others. He is also the host of “Making Money Sense,” a weekly radio show on WAVA (105.1) in the Washington, D.C. area.