iTalkBB Presented Chinese Heritage Night at the Nets vs. Rockets Game on Feb. 6 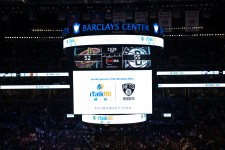 A lot of Chinese living in New York and other parts of the United States including Washington, D.C., and New Jersey flocked to Barclays Center to see the Brooklyn Nets play the Houston Rockets.

As a proud sponsor of Brooklyn Nets, iTalkBB presented Chinese Heritage Night for the celebration of Asian Lunar New Year. iTalkBB is dedicated to providing a better life for Asian Americans.

iTalkBB is keeping with the Brooklyn Nets' goal of honoring Asian-American culture for the second-year corporate partnership. iTalkBB hosted Chinese Heritage night with Brooklyn Nets at Barclays Center on Feb. 6, 2018.

Guests and fans who showed up to see the Nets take on the Rockets had several opportunities available to the exclusive Asian culture experience. Guests received dog toys to represent the Year of the Dog and red envelopes that stand for good fortune. The Nets also prepared Asian-flavored food and cupcakes with Chinese characters “Happy New Year” and dog graphics on them.

There were several highlights at the Chinese Heritage Night presented by iTalkBB. The exciting night started with an award presentation. Brooklyn Nets presented the Brand Award to iTalkBB for its outstanding achievement and dedication to Asian communities. A Chinese-descent singer with a beautiful voice performed the national anthem to honor the country and to cheer fans before the game. After it, a DJ started introducing players from both teams in Mandarin, and again brought the fans close to the Chinese culture.

When the game kicked off, the two teams put on a great show. With elite athletes and knockdown shooters all over the court, this was as aesthetically pleasing as an NBA game can look. The Nets players made an intense game-saving block to keep the scores tied with the Rockets. Brooklyn Nets forward DeMarre Carroll drives to the basket defended by Houston Rockets forward PJ Tucker. Houston Rockets guard James Harden gestures and leads the team at the game.

During the halftime show, the Chinese Heritage Night had a special performance, a patch of dancers performed a traditional Chinese ribbon dance to a classic Chinese song. The Nets invited a Chinese-descent fan to participate in a pop quiz about Chinese Lunar Year. The fan got all seven questions right and lit up the entire audience.

As a proud sponsor of Brooklyn Nets, iTalkBB is dedicated to providing a better life for Asian-Americans. iTalkBB has the best understanding of this customer base and delivers the most effective marketing solutions. Their excellent Chinese TV services have been particularly popular among the Asian-American community for providing top live channels, hit movies and exclusive TV shows. With more than 50 percent of Asian-Americans watching TV in the Asian language and more than five hours spent each day watching these programs, iTalkBB's TV platform is becoming the best and most effective gateway to accessing Asian communities.

iTalkBB, the parent company of iTalkBB Media, has always valued perseverance - a core spirit in sports. From its initial founding in 2003, iTalkBB has been devoted to providing better lives of Overseas Chinese and Koreans. iTalkBB has become the No. 1 internet telecom and Chinese TV provider to its market and has more than 30 Demo Centers worldwide and over 1.2 million users around the globe. One in five Chinese immigrants in North America relies on iTalkBB’s products and services. 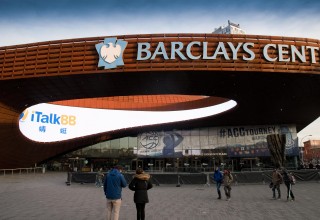 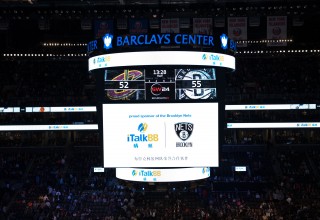 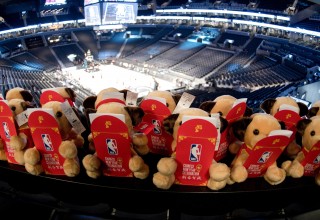 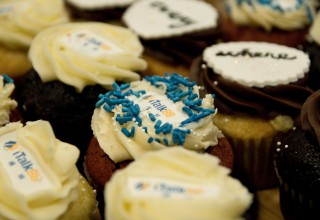 Asian-Americans Are Making a Great Impact on the Advertising Industry
iTalkBB - Nov 6, 2017