Israel on Israel: New Site to Focus on Israeli Tech and Innovation

Amidst constant political turmoil and divisiveness, Israeli's tech contributions for common good finally gets it due.

CHICAGO, May 31, 2018 (Newswire.com) - Chicago native Diane Israel, a long-time supporter and advocate of the American Israel Public Affairs Committee (AIPAC), has launched a new website, Israel on Israel, to highlight tech contributions from Israeli companies in contrast to the steady drumbeat of Middle East strife and loathing. Each week, Israel on Israel will showcase one to three Israel tech companies, their contributions to humanity, and updates on latest contracts throughout the world. The objective is to provide a specific news outlet on the Israeli tech sector for potential syndication in local U.S. media outlets, starting with Chicago.

“For most, Israeli tech has been relegated to virtual obscurity due to the voracious media appetite — and fairly justified one — to focus on centuries-long political conflict and the all-too-common spillover to military conflict,” says Israel. “Israel on Israel aims to regularly educate readers about cutting-edge tech innovations that are positively impacting the lives of millions throughout the world. Featured companies will emphasize contributions to the disabled community, basic human needs such as producing more drinking water to drought-stricken areas, as well as contributions to medicine and mental health.”

It's important to know how much Israeli companies and scientists are bringing technologies to market that provide a much-needed 'assist' to the human experience and its social, environmental and medical well-being. It is my hope that this wider context of Israel's role in the world is one PR campaign worth supporting.

If it weren’t for the aforementioned realities, Israel on Israel wouldn’t be the first source of learning about game-changing Israeli tech like artificial visualization, a new hardware device that looks almost exactly like eyeglasses but acts more like a seeing-eye dog, except this one speaks in English, and it doesn’t poop!

Orcam’s MyEye 1 is a breakthrough wearable artificial vision device designed to assist people who are blind, visually impaired or have a reading disability. The intuitive, lightweight smart camera instantly and discreetly reads printed and digital text aloud — from any surface — and recognizes faces, products and money notes, all in real time.

Israeli company Watergen may just have the solution for the entire world. And if recent deployments of its Water From Air solutions stand the test of time, we may well be on our way to solving the world’s water needs … forever!

Watergen systems have been deployed in South Africa, India, Russia and the U.S. The company is also working with FEMA and the American Red Cross for disaster relief contingencies.

The back story. A decade ago, Israel was undergoing a severe water crisis of its own. But through a public conservation campaign, along with adding the most efficient seawater desalinization plants in the world, the country today enjoys a six to seven percent water surplus. And who knows? Water may be a more formidable bargaining chip than bullets when pondering its geopolitical future.

Today, 2.2 million Americans are confined to a wheelchair while another 6.5 million require a cane or walker to assist with their mobility.

But now there’s a “Six Million Dollar Man” kinda option. A bionic exoskeleton developed by Israeli company ReWalk Technologies is allowing those with mobility handicaps the ability to walk again.

“It’s important to know how much Israeli companies and scientists are bringing technologies to market that provide a much-needed ‘assist’ to the human experience and its social, environmental and medical well-being,” said Diane Israel. “It is my hope that this wider context of Israel’s role in the world is one PR campaign worth supporting.” 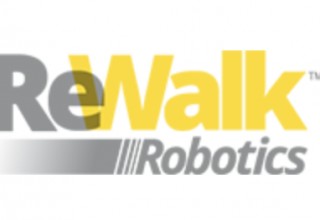 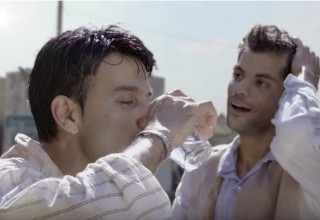 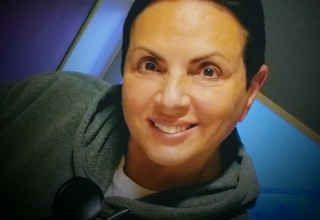 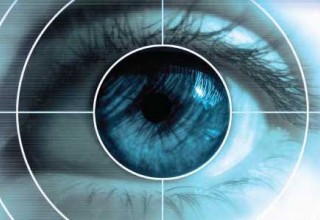