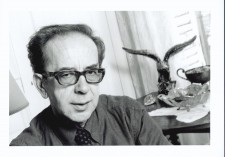 Kadare is an Albanian novelist, poet, essayist and playwright who has written a large body of work. He rose to fame in Albania on the strength of his poetry and published his first novel, The General of the Dead Army, in 1963. He has won many international awards and is regarded by some as one of the greatest of contemporary European writers. He is often cited as a contender for the Nobel Prize in Literature.

He is a champion of international democracy and, in 1990, went into political asylum in France. He has written, “I became familiar with literature before I knew freedom, so that it was literature that led me to liberty, not the other way around. Faith in literature and the creative process brings perfection.”

Kapka Kassabova, a writer of poetry, fiction, and narrative nonfiction, nominated him for the Neustadt Prize. She is a native Bulgarian who writes in English.

Robert Con Davis-Undiano, World Literature Today’s executive director, notes that Kadare is “one of the world’s great writers and a champion of democracy and free speech.”

Highly respected within the literary community for its recognition of excellence, the Neustadt Prize is often referenced as the “American Nobel” for its reputation as a lead-up to the Swedish Academy’s annual selection. Any living author writing from anywhere in the world is eligible for the Neustadt Prize. The jury is comprised of acclaimed international authors, and that fact helps shield the award from external pressure by booksellers, publishers, and others who may have interest in influencing the outcome.

The Neustadt Prize announcement was made at a reception at the University of Oklahoma on Oct. 16, 2019.

The Neustadt Prize is the first international literary award of its scope to originate in the United States and is one of the very few international prizes for which poets, novelists and playwrights are equally eligible. Winners are awarded $50,000, a replica of an eagle feather cast in silver and a certificate. A generous endowment from the Neustadt family of Dallas, Texas; Denver, Colorado; and Watertown, Massachusetts, ensures the award in perpetuity. 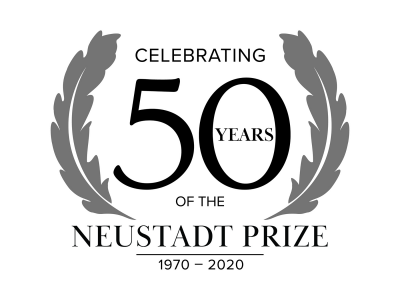