Isaac T. Russell's New Book 'A Real Dream of Mental Morphine' is a Marvelous Portrayal of Making Choices That Exceed Expectations and Dealing With Unforeseen Outcomes 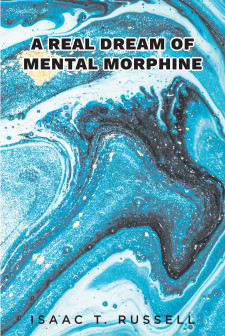 GREENSBORO, Ala., October 21, 2021 (Newswire.com) - Fulton Books author Isaac T. Russell, a serviceman in the military and a college student, has completed his most recent book "A Real Dream of Mental Morphine": a staggering read of a man that is about to face abrupt changes and unimagined consequences after serving in the war that puts the lives of the people he held dear in grave danger.

Russell shares, "Our story begins with Rusty Caler growing up in an average middle-class family in the year 2326. Rusty lives a life filled with friends and drama until he graduates and joins the military. While attending military training, the country declares war, calling all military to action. After the war, he returns to marry his high school sweetheart and gets a job at a factory. A little over a year later, his life is flipped upside down, sending him into a downward spiral. A group from the war wants something he has, hunting him down and finally offering him the most difficult choice he has ever had to make between life or death."

Published by Fulton Books, Isaac T. Russell's book is a phenomenal fiction that shares what a single man has to do with the dilemma without putting one's self and loved ones at risk or, worse, on the brink of death.

This book also navigates the mental toll and challenges of living in the aftermath of war. From this experience, it is a brave thing to do to survive in yet another dilemma.

Readers who wish to experience this astonishing work can purchase "A Real Dream of Mental Morphine" at bookstores everywhere, or online at the Apple iTunes Store, Amazon, Google Play or Barnes & Noble.

Adrienne Garlen's New Book 'Always and Forever' Holds the Many Adventures and Challenges of Two People Throughout the Storms of Life
Fulton Books - Dec 2, 2021