Is It Really Safe and Worth Visiting? A New Image of Iran, Far From What Can Be Seen Through Media

"What? You're traveling to Iran? Why? It's dangerous!" are the first things travelers hear. In fact, it's the perfect opposite. 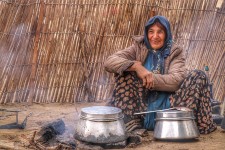 RICHMOND HILL, Ontario, January 7, 2019 (Newswire.com) - "Travel is fatal to prejudice," wrote the American writer Mark Twain in 1869. He may as well have written it nowadays, coming back from a trip to Iran! The country is one of the most misunderstood ones. Yet, tourism has constantly been growing these past few years, reaching more than six million visitors in 2017 according to official data. Still, prejudices are coming thick and thin.

"What? You're traveling to Iran? Why? It's dangerous!" are the first things travelers hear from their relatives when they are about to set sail to Iran. Dangerous, really? Well, it's, in fact, the perfect opposite. Iran has been rated as safe as Sweden, Germany, Australia, and most European countries by the independent experts of "International SOS" in their 2019 Travel Risk Map. This study considers several criteria such as terrorism, unrest, crimes, and point out that risks for travelers in Iran are "Low."

The country is often depicted as "the safest to travel" by most visitors who experienced it, especially solo female travelers and families, and the Lonely Planet calls its people the "friendliest in the world." It's no surprise for those who are familiar with Iranian culture and the great hospitality its people are famous for. The tourist should be ready to chat with perfect strangers in the street, be invited for tea or a family meal wherever they go. Actually, Iranian people are often the first reason why people literally fall in love with Iran. So the question is not "Why?" going to Iran, but rather, "Why wouldn't you travel to Iran?"

"There are only deserts in Iran": Wrong!

It's definitely a multiple choice answer, to which a new online platform called "TasteIran" intends to provide a large range of responses. There could be found that Iran has some of the most beautiful and wild deserts of the world: one of them, the Lut desert with its huge formations of Yardang, one of the hottest spots on the earth. In the middle of these oceans of sand, cities like Yazd offer a dreamlike oasis, while old caravanserais send the traveler back at the time of the Silk Road.

But Iran is way more than deserts, and that's what "TasteIran" wants to demonstrate, by offering a large range of "experiences" rather than conventional and classic tours, to foreigners eager to discover the real Iran. And the country has one of the best four-season climates all at the same time to offer to them. Visitingnorth, to hike in the Hycarnian forest, with its dense and lush vegetation at the coastline of Caspian Sea, and observing endangered species migrating to this heavenly refuge. From blue horizon of the sea to the islands of the Persian Gulf, incredible jewels sculpted by the waters and the wind over centuries, with wild coasts of multicolor sand. And for ones with strong sensations, they can go rafting into wild canyons or climbing the snow-capped Mount Damavand.

"It's the same culture everywhere in the Middle East": Wrong!

Besides the wonders of nature, Iran is also a place of culture and history. Too often, Persian culture is mistaken with the Arabic culture of its neighbors, whereas its ancestral traditions are truly unique. Not only, thanks to the legacy of the Persian Empire — the greatness of which can be admired in Persepolis, in the blue-domed mosques of Isfahan, or in one of 23 sites registered by UNESCO as World Heritages —​ but also thanks to the multiplicity of the ethnics and religious groups who live on its soil, Iran is a kaleidoscope of cultural influences which can be seen by traveling off the beaten tracks.

That's why "TasteIran" has chosen experiences which give a chance to tourists to share the life of Nomads during their migration, to harvest saffron with Khorasan farmers, to discover the rituals of Zoroastrians and to go on the footstep of Sufi philosophers. These experiences are unique opportunities for travelers, who also participate, this way, in encouraging sustainable activities. In Iran, where tourism has been growing at a fast pace, and people in remotest villages still living modestly, the economic development of communities while maintaining their traditions is essential.

Thanks to local initiatives mentioned, travelers to Iran can now be more than simple observers: they can also break stereotypes while empowering locals and take part in the conservation of nature and biodiversity in Iran. In this way, TasteIran has decided to launch a crowdfunding campaign to develop those activities, while encouraging tourists and visitors to participate in this supporting Ecotourism and sustainable development - which can be supported through this link.

In TasteIran, we are trying to help visitors from all over the world to find the best and most unique experiences in Iran. We stands for finding and selecting local providers, and empower them by telling the stories behind their life and activities. 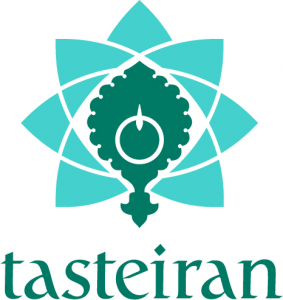