'Iraq is Open for Startup Innovation' 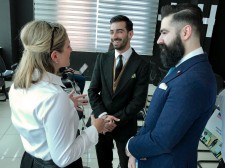 SULAYMANIYAH, Iraq, October 15, 2018 (Newswire.com) - Fourteen visiting investors and CEOs from the United States, United Kingdom, and Dubai landed on October 7th in the Kurdistan Region of Iraq (KRI) to learn more about the blossoming entrepreneurial and tech ecosystem in the country. Hosted by Five One Labs, a startup incubator for refugee and conflict-affected entrepreneurs in the Kurdistan Region of Iraq, the delegation met with local officials, heard pitches from entrepreneurs from across Iraq and Syria, and visited with founders in Five One Labs’ current incubator cohort at The Lab:Suli, their newly-opened coworking space in Sulaimani, Iraq. Five One Labs’ vision is to develop an inclusive network of displaced and local entrepreneurs that have the support, skills, and connections to positively change their communities and countries.

Sponsored by the United States Department of State, the investor delegation was the first of its kind in focusing on entrepreneurship, startups and innovation in the region. Participants on the trip included business executives from across the US, the UK, and Dubai, including representatives from Omidyar Network, SAP, Mastercard, the Khudairi Group, VentureSouq, and other well-known international organizations. The visitors came to Iraq to learn more about the business and startup ecosystems, better understand the challenges and opportunities facing startups, and to meet and mentor early-stage entrepreneurs as they work to start their businesses.

Mo Khudairi, Managing Partner of the Khudairi Group and sponsor of the week’s pitch day, notes, “The Five One Labs-sponsored investor event was a great way to meet tech startups and support the growing startup scene. Iraq has enormous potential to diversify its economy and build a great ecosystem. The visit with the Five One Labs delegation confirmed to me that Iraq is ready for investment today. Shortly after the visit, I was able to agree in principle on my first Iraqi technology angel investment in one of the large e-commerce businesses in Iraq. Very exciting times ahead for the ecosystem in Iraq.”

The trip lasted a week and participants visited both Erbil and Sulaimani, with representation from startups from across Iraq and Syria. On the second day of the delegation, six growth-stage tech startups with Syrian and Iraqi founders were invited to pitch to the group. Startups including Miswag, a Baghdad-based grocery-delivery service, and Shiffer, a shipping app for Syria, received feedback on their pitches and businesses, international connections, and opportunities for future investment.

A business executive on the trip, Vibhav Prasad, remarked, “The Five One Labs CEO & Investor trip provided amazing insight into the burgeoning opportunities available in Iraq. While we expected the tenacity and persistence of the entrepreneurs given the challenges they had overcome, we were truly impressed by the quality and execution of their ideas. Iraq is open for startup innovation.”

The delegation also visited Five One Labs’ cohort of early-stage startup entrepreneurs in Sulaimani, Iraq. The entrepreneurs had one-on-one meetings with the investors and got to know them better over dinners and lunches. Ameen, an entrepreneur from Mosul in the current Five One Labs startup cohort, said, “It was such a great opportunity to pitch and get feedback from these visiting investors and high-performing people. Through the visit, I was also connected to additional global opportunities, including the possibility of attending a changemakers summit later on this year.”

At the end of the week, the investors and business executives joined the Grand Opening of The Lab:Suli, the first coworking space and innovation hub in Sulaimani, which is managed by Five One Labs.

This trip is hopefully only the first of many more to come, with the ongoing goal of building closer ties between entrepreneurs in Iraq and supporters across the globe.

To learn more about Five One Labs and the innovative entrepreneurs they work with, visit fiveonelabs.org and facebook.com/fiveonelabs. The Lab:Suli has been generously funded by GIZ.

About Five One Labs

Five One Labs is a startup incubator in the Kurdistan Region of Iraq (KRI) that provides displaced and conflicted-affected entrepreneurs with training, mentorship, connections and funding to launch scalable businesses. As the number of displaced people increases globally due to humanitarian calamities, we are proposing a solution that treats all young people in Iraq, including refugees and internally displaced people, as agents of change rather than as burdens or beneficiaries. Our vision is to develop a network of entrepreneurs and innovators who have the support, skills, and connections to positively change their communities. 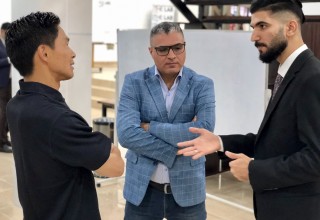 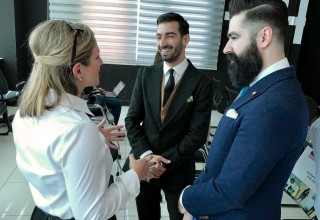 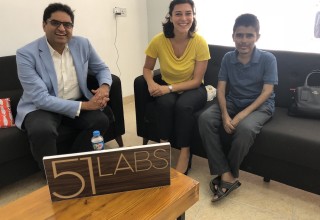 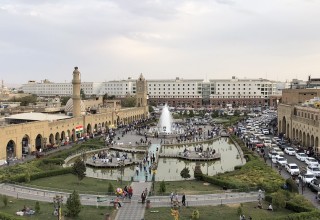 About Five One Labs

Five One Labs is a start-up incubator that helps refugees and conflict-affected entrepreneurs launch and grow their businesses in Erbil, Iraq.

Five One Labs Launches Crowdfunding Campaign for Startup Incubator in Iraq
Contributions Will Support Refugee Entrepreneurs; Contributions up to $50,000 to Be Matched by The Tent Foundation
Five One Labs - Sep 13, 2017
Newswire