Citizens Commission on Human Rights (CCHR) demands an investigation into link between antidepressants and teen suicides. 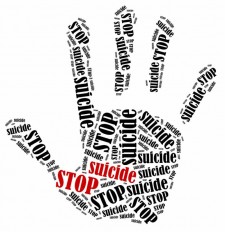 Clearwater, Florida, August 7, 2016 (Newswire.com) - According to the Florida Suicide Prevention Coalition, suicide is the 3rd leading cause of death for teenagers in Florida and a Journal of the American Medical Association study reported that teens put on psychiatric drugs started having suicidal thoughts or making suicide attempts. The study shows 55-77 percent of teens who developed suicidal behavior did so after psychiatric treatment.

Tragically, many parents of teenagers are unaware of the connection between psychiatric drugs and teen suicide, says Diane Stein, President of CCHR Florida.

In the article “Antidepressants and Teen Suicide” in Psychology Today, Dr. Robert Muller addresses the suicide of Brennan McCartney, described as fun-loving and good-natured by family and friends. Brennan went to a doctor in November of 2010 with a chest cold, but came home with a prescription for Cipralex, an antidepressant drug. His parents were astonished as they had seen no sign of depression in their son. According to a close family friend, Brennan was not a boy to hide his emotions, and everyone around him knew whether Brennan was happy or sad. Yet four days after beginning treatment with Cipralex, Brennan purchased a rope and hung himself.

September is Suicide Prevention Awareness Month and Stein says CCHR is demanding that the link between antidepressants and teen suicide be investigated and made known so that lives can be saved.