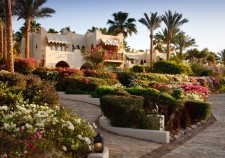 DUBAI, United Arab Emirates, November 2, 2018 (Newswire.com) - LuxuryProperty.com, a digital destination marketing the world's finest properties, is delighted to announce its unique mandate from Talaat Moustafa Group to market the Private Residences at Four Seasons Resort, Sharm El Sheikh. Led by a highly experienced team of global property experts and trusted advisors, the firm currently lists an extensive portfolio in excess of $6 billion. Private client advisory is a core aspect of the services offered by the firm, combining an integrated online platform and strong market knowledge to help both first-time buyers and seasoned investors make the most informed decisions and to curate the most sophisticated luxury experience for them.

With a history going back 40 years, Talaat Moustafa Group, also known as TMG Developments, has built up a solid reputation as a 'community developer' and has developed over 130 million square feet of land till date. The developer's most well-known achievements include May Fair and Al Rabwa, two master communities located near the capital city of Cairo, and its most ambitious residential project is the 362 million sq ft Madinaty, which will be the largest enclosed city in the MENA region upon completion. TMG is also known for its luxury hospitality projects across Egypt, including the Four Seasons Nile Plaza and Kempinski hotels in Cairo and the Four Seasons Resort in the coastal city of Sharm El Sheikh and Four Seasons Hotel San Stefano, Alexandria on the Mediterranean.

The first phase of Four Seasons Resort, Sharm El Sheikh, which first opened its doors in 2002, has quickly grown to be the premier resort in Egypt and is one of the most highly rated in the Middle East. Sitting on the southern tip of the Sinai Peninsula, it offers an unparalleled experience combining world-class service with a fantastic location. Sharm El Sheikh is a prime diving destination, with more than 70 dive sites that are only a short boat ride away from the coastline. One of the biggest attractions in the area is Ras Muhammad National Park, a pristine marine reserve known for its beautiful coral reefs and spotless beaches.

"I have had the privilege of staying at the Four Seasons Sharm El Sheikh on a family vacation and I absolutely loved it," says LuxuryProperty.com CEO Jason Hayes. "The Four Seasons is of course a brand with global renown and the Private Residences at Sharm El Sheikh will prove to be one of the world's most exciting beachfront getaways. We are delighted to be marketing this very fine product in an exclusive international partnership with TMG Developments and we eagerly look forward to the project's completion."

LuxuryProperty.com is a digital destination marketing the world's finest homes and connecting international clients to the most exclusive properties across the globe.

LuxuryProperty.com lists an exclusive portfolio of over $6 billion of on-and off-market properties across the globe. As a brokerage, LuxuryProperty.com specializes in delivering exceptional private client advisory services with an emphasis on professionalism and discretion. The company also offers a bespoke real estate search and acquisition service through its exclusive Private Client Office.

LuxuryProperty.com is dedicated to curating and showcasing the very best in luxury living.

Talaat Moustafa Group, also known as TMG Developments, is the biggest property developer in Egypt with a land bank of more than 530 million square feet and a 40-year track record. TMG is known for producing fantastic master communities around Cairo as well as some of the finest hospitality developments in the country, including two Four Seasons hotels and a Kempinski hotel. The developer has several new projects lined up, including the Four Seasons Private Residences at Sharm el Sheikh. 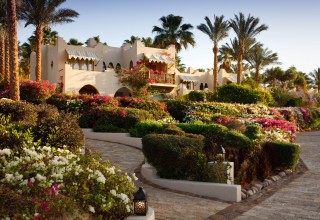 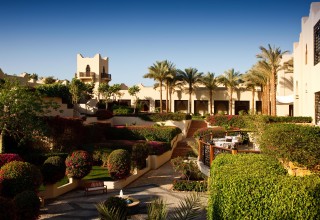 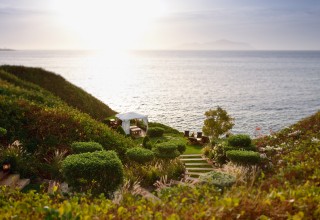