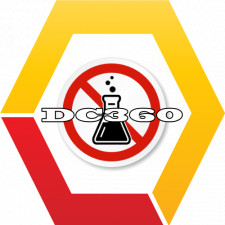 SAN LUIS OBISPO, Calif., February 18, 2022 (Newswire.com) - For the last two years, society has had to adjust to a new normal, which included masks, social distancing, quarantines, lockdowns, and everything in between.  Although the transition was inevitable, many people found themselves alone in trying to adjust to a new way of life. Ty Armstrong Sr., a California web designer, set out to create an "All in One VR 360 Video Experience" he calls Dangerous Chemicals 360 in order to lend a helping hand and provide a safe source of video entertainment.

Ty Armstrong Sr realized he needed to use his web design skills to spread happiness and positivity to mitigate the negativity and stress from the media after being heavily impacted by the State of California's "Shelter in Place" order.  Dangerous Chemicals 360 is a VR 360 video blog that takes a deeper look into the prominent topics of interest and debate.

This one-stop-shop for entertainment is open to the public and contains thousands of interactive video content such as:

We Are a Unique VR 360 Video Blog Community With the Goal of Making Your Life Easier During Quarantine.

Ty Armstrong Sr.'s purpose-driven vision has come true with Dangerous Chemicals 360 thanks to proof of concept, determination to the craft, and an absolute dedication to assisting people worldwide in navigating lockdown with comfort.

To get more information about Dangerous Chemicals 360, go to: https://dangerouschemicals360.com

Visit us on social media: