HONG KONG, December 13, 2021 (Newswire.com) - While talking about laser engravers, the first thing that comes to mind is normally "huge, heavy, slow" or something similar. Now the latest Amika Pro, by AMIKA (Hong Kong) Co., Limited,
might change all of these, with its compact, lightweight, especially foldable design. The company is a high-tech enterprise dedicated to the design and development of consumer electronic products. It is announced that Amika Pro will be launched on Kickstarter on Dec. 9, 2021.

Not surprisingly, due to its compact size, the laser power of Amika Pro is 5 Watt; however, thanks to the Galvo system, its maximum engraving speed can reach 850mm/min, which is significantly faster than its older competitors. This is obviously good news for those who would like to upgrade to a faster device.

Another impressive feature of Amika Pro is that it is so foldable that it can even be placed into a small backpack when folded, which enables the user to take it anywhere with little effort and engrave anytime. So far, no other similar products on the market are as convenient as Amika Pro.

Unlike the desktop engraver, Amika can be handheld to engrave on large surfaces or at any angle, which means there will no longer be any limitations on the size or angle of engraved objects. This feature must be sufficiently attractive for those who often work on large objects.

Besides the above-mentioned features, Amika Pro also provides users other functions, such as a protective shield, a 4th axis for cylinder objects, laser cutting on certain materials and cellphone app control, which are a great help for engraving. 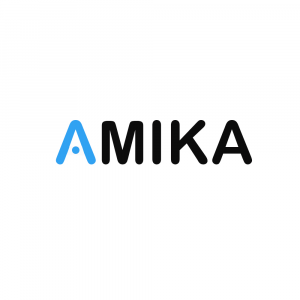