For years, Buzz has been committed to teaming with realtors and labor contractors who provide services in both the residential and commercial markets. The work Buzz performed has helped to reduce buyer anxiety before purchase as well as showcase the services other companies offer to maintain and increase the value of real estate. It's not uncommon for pool, landscape and arborist companies to call Buzz for an aerial service.

"We already work with corporations and municipal departments. Adding the Buzz brand to our services portfolio rounds out the company," says Steve Davis, a co-founder of Influential Drones.

"Emily shares our common values, our commitment to safety and our passion for aviation."
- Dave Krause, President

"Emily brings a wealth of knowledge to the leadership team," said Dave Krause, President of Influential Drones. "Her European upbringing, language skills and work ethic, accompanied by her corporate experience, will help grow our brand internationally."

"I am excited to join the team as it transitions to its next plateau of unmanned services," says Hines.

In the very near future, Influential Drones will be expanding into a larger office and hire more staff for service work. Influential Drones is more commonly known as an equipment sales, training and subject matter consulting company.

ABOUT EMILY HINES
Born in the Netherlands to a British father and French mother, Emily is fluid in five European languages. She lived in multiple countries before settling into College in the UK where she met her future husband, Chris. Emily's thirst for adventure and passion for skydiving led her to travel around the world for a year before securing a job in HR for an international oilfield services company. After obtaining a Master's degree, she was transferred to the United States to manage circa 800 employees over several geographical locations. Following the move, she obtained her private pilot's (SEL P61) license and spent several years flying to drop zones to continue skydiving. Emily retired her parachute and turned her attention to drones shortly after starting a family. Emily's commitment to raising two daughters and her knowledge of flight permits her to be a role model to others. She became a U.S. citizen and frequently talks at outreach events to inspire upcoming pilots while helping to address the gender imbalance within the aviation community.

ABOUT INFLUENTIAL DRONES
Influential Drones is an integration company which provides aerial services, sales, training and consulting offerings to global customers. The group includes an FAA Certified Flight Instructor, as well as commercial pilots of manned and unmanned aircraft. Aerial services typically consist of critical infrastructure jobs or flight missions in complex airspace. The business is experienced in nighttime operations, has a Part 137 agricultural operating certificate and is licensed by the New Jersey EPA. The company maintains over 100 authorized reseller/dealer relationships, enabling it to satisfy a complex purchase order as a single source supplier. Training and consulting are provided by a team of subject matter experts and strategic partners who are specialists in the aviation, software, technology and public safety sectors. (www.influentialdrones.com) 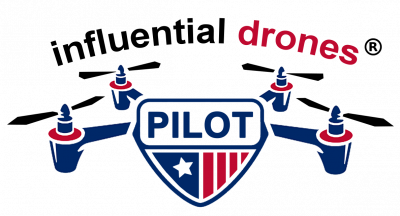