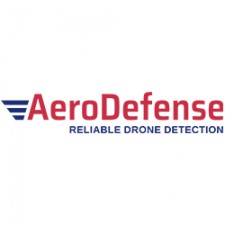 Contraband delivery by drone is a problem most correctional facilities face with varying degrees of frequency, and these operations are often highly coordinated with multiple pilots and drones. IDOC has seen an increase in drone sightings and in response asked AeroDefense to demonstrate AirWarden’s effectiveness at one of their facilities.

“We found that the AirWarden system is very consistent and accurate in detecting and locating drones and their controllers. Its ability to identify both commercially available and home-made drones made it a clear choice for us,” said Cory Winters, Director of Facility Technology for IDOC. He continued, “Through our collaboration with AeroDefense, we have seen their commitment to excellence in customer service and meeting the specific needs of the correctional environment. They provided us with a system that meets our need for both rapid and accurate detection, as well as accurate and effective reporting."

Unlike many drone detection systems on the market, AirWarden detects and locates the drone and pilot (controller) simultaneously. This can often be accomplished as soon as the devices establish a connection. Furthermore, AeroDefense conducts very thorough testing and calibration processes with its customers to reduce false alarms that can lead to response team desensitization.

AeroDefense’s Founder and CEO, Linda Ziemba, shared, “We are confident that our technology, coupled with IDOC’s response plans, will result in a significant decrease and potentially total elimination of unauthorized drone flights at both sites.” Earlier this month, IDOC participated in AeroDefense’s inaugural Drone Detection Corrections Roundtable where AirWarden end users shared valuable insights and experiences.

About AeroDefense: AeroDefense provides fixed and mobile solutions to detect drones and pilots at correctional facilities, stadiums, critical infrastructure, and other high-value targets. AeroDefense’s Drone and Pilot Detect, Locate, and Track System, AirWarden™, detects Radio Frequency (RF) drone signals, locates both drone and pilot simultaneously, and continuously tracks and alerts on the device locations. The system does not require legal authorization to operate. Based in Holmdel, NJ, USA, AeroDefense is a privately held, woman-owned company. AirWarden is the first and only drone detection solution to receive the Department of Homeland Security SAFETY Act Developmental Testing and Evaluation Designation. To learn more about AeroDefense and AirWarden, please visit www.AeroDefense.tech.