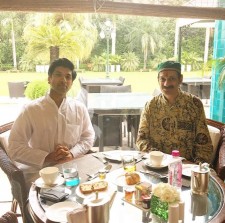 RAJPIPLA, India, January 22, 2018 (Newswire.com) - ​Prince Manvendra Singh Gohil, an openly gay Indian royal, has named his LGBT centre after a fellow Indian royal, Kanwar Amarjit Singh of the Kapurthala Family, as the pair bravely tackle the lingering stigma of being LGBT in India.  Prince Manvendra, son and heir of the Maharaja of Rajpipla in Gujarat, will run the centre with his organisation, The Lakshya Trust.

Named Hanumanteshwar Amar 1927, the LGBT centre will be built on Prince Manvendra’s palace grounds by the banks of Narmada, India’s third largest river. Amar, director of Amar Gallery in King’s Cross, is the centre’s main supporter and advocate; the 28-year-old has been an extremely passionate and vocal activist for both LGBT and women’s rights for over a decade, with his gallery exhibiting and promoting work by artists who come from these underrepresented communities. He was recently featured in the New York Times for his plans to help India overcome this problem:

I am touched that Prince Manvendra has named the centre after me. Together we will take the good fight to India, and win.

Amar cites the controversial Section 377 of India’s penal code - a law that bans any homosexual act that goes back to the days of British rule - as an outdated punishment against the vulnerable LGBT community of India. With his ‘army of love’, Amar sees a bright future for these young men and women he has championed his entire life. ‘We hope Hanumanteshwar Amar 1927 can be a catalyst for change in India,’ he comments. ‘Ostracised for their freedom of expression and love for their fellow  human, the LGBT community sorely needs a friendly home in India; Hanumanteshwar Amar 1927 will open its doors to one and all who carry the fight against Section 377 and the oppression of free love in my homeland.’

The friendship between the two royals dates back to 2009 when homosexuality was first legalised - something they both fought for, risking their lives & royal heritage for their ardent beliefs. Their ancestors also served together in Indian parliament, within the prestigious Chamber of Princes. In 2009, Amar spoke to the Times of India about Prince Manvendra: ‘I was inspired to get involved and help a great man who faced tyranny over a personal choice - that of being a homosexual.’ To their dismay, legislation was reversed in 2013.

‘I am touched that Prince Manvendra has named the centre after me. Together we will take the good fight to India, and win.’ 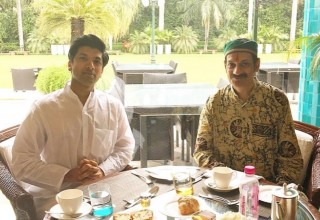 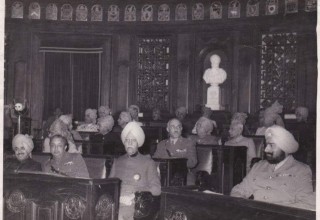