In the Wake of the Inauguration, Government Leaders at the VA Continue to Fake, Falsify and Fire 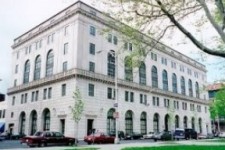 Rather than effectively implement a strategy that balances workload management and performance expectations, the Veterans Benefits Administration (VBA) Newark, New Jersey Regional Office chose to manipulate data and ignore blatant infractions to give an appearance of success while at the same time hide a failing workforce due to no fault of its own.  Employees working in the claims processing environment have been forced to work under arbitrary and capricious performance standards that the VA’s top salaried employees have spent years on attempting to correct at its central office in Washington, D.C.

Local 2442 did the right thing by exposing one of the many failures in VBA which contribute to a failing workforce constructed by management, high employee turnover, and inadequate services to Veterans as the high number of appeals suggest.

By imposing autocratic and inconstant performance standards on its claims processing employees - many of whom are Veterans - the Newark VA Regional Office management team decided not to comply with the mandated national goals by shifting them from one fiscal year quarter to another at the detriment of the services it provides to Veterans, at the detriment of keeping a skilled workforce, and at the detriment of reporting false data to its stakeholders.

The local union at the Newark VA Regional Office raised concerns over 2 years ago about the fickle performance standards and suggested that until a realistic national standard rolled out,  the Newark VA leadership team implement a proven mitigation model strategy working in one other regional office that it had been made aware of.  Instead, however, the management team chose to put claims processing employees on performance improvement plans for not meeting performance standards which serve only to advance the failing of those employees because the work that was "selectively" assigned by their supervisors was disseminated in a way that did not allow them to meet their individual performance goals.

The late Reverend, Dr. Martin Luther King, Jr. said, “there comes a time when one must take a position that is neither safe, nor politic, nor popular, but he must take it because conscience tells him it is right.” According to Yetta Armstrong, President of AFGE Local 2442 union at the Newark VA Regional Office (VARO) and a Veteran herself, terminated last Friday by the Newark VARO, her local did the right thing by exposing one of the many failures in VBA which contribute to a failing workforce constructed by management, high employee turnover, and inadequate services to Veterans as the high number of appeals suggest.

Ms. Armstrong said she was of the opinion that former VA Secretaries Shinseki and McDonald would have eventually fixed the longstanding problems that prevent the VA from reaching its peak of success, but because there were so many other pressing matters looming at the VA’s Health Administration and because of the continuous "backlog" of claims at its Benefits Administration, developing realistic performance standards for its claims processors was delayed.  Ms. Armstrong said she is convinced overall claims processing quality and services to Veterans will dramatically improve once sensible and pragmatic performance standards are implemented.