In the Spirit of Its Historic Pioneers, City of Salt Lake Welcomes Utah's First Ideal Church of Scientology

In the heart of the Rockies, on iconic South Temple Street, the Church of Scientology Salt Lake City opens its doors to all. 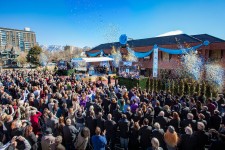 SALT LAKE CITY, February 20, 2018 (Newswire.com) - In a city whose name itself carries for all Americans connotations of religious faith and commitment, the Church of Scientology Salt Lake City dedicated its newest addition February 17 to an ever-expanding congregation of churches worldwide.

On a balmy Saturday under the bright sun — uncommon for midwinter in this picturesque mountain city — the Church was welcomed by civic and religious leaders who joined local and regional members to officially open its new home in Utah, just a mile from the heart of Salt Lake.

While the weather in Salt Lake in February typically stays below freezing, the warmth of welcome at this grand opening was typical of the descendants of the city’s pioneers, whose belief in respect for individual liberties continues to run like an undercurrent within the community.

As the Church of Scientology Salt Lake City took its place on this storied street, under the majestic Wasatch Range, Mr. David Miscavige, ecclesiastical leader of the Scientology religion, welcomed the crowd.

“Before that ribbon falls and every surrounding mountain rises six or seven hundred feet,” he said, “we come to what L. Ron Hubbard would have you remember before venturing forth across this valley. Not ‘good luck,’ nor ‘happy trails,’ but merely and simply: ‘Change no man’s religion, change no man’s politics. Instead, teach Man to use what he has and what he knows to the factual creation of a civilization on Earth for the first time.’ Wherefore comes freedom from ignorance and then, perhaps, a Kingdom of Heaven on Earth.”

More than a thousand Scientologists and their guests gathered beneath the city’s vibrant peaks to dedicate the state’s first Ideal Church of Scientology. The opening anthem—“We Will Rock You”—embraced the backdrop, as city and state dignitaries embraced the humanitarian spirit that permeated the ceremony.

Known for friendliness and community spirit, Salt Lake has already witnessed benefits from the Church’s dynamic social programs, carried out by local Scientologists and volunteers. The results have often been dramatic: legislation to protect the rights of the family from coerced drugging of children; a detox program based on L. Ron Hubbard’s groundbreaking technology that helped save lives of 100 Utah police officers exposed to methamphetamine toxins; and a Salt Lake Scientology Volunteer Minister Corps that contributed 30,000 disaster response hours in the last year alone.

The Church’s gracious new 43,000-square-foot facility near the heart of the city stands as a commitment by Salt Lake’s Scientology community to social betterment within Utah. In a testament to that, dignitaries from across the state came to welcome and recognize that commitment. Prominent among them were: Utah State Senator Mrs. Margaret Dayton; retired Utah Major Crime Unit Officer, Sergeant Brandon Burgon; Director of Operation Underground Railroad, Mrs. Taryn Dipo; and Utah State Voluntary Agency Liaison, Mr. Ken Kraudy.

Senator Dayton commended local parishioners who have joined her in the Capitol fighting for family rights and religious freedoms. “Together we enacted legislation protecting families from being broken up, just because parents wouldn’t put their children on dangerous psychotropics,” she said. “And when that bill passed, together we had secured the most important right for Utah families: The right to be a family.”

Brandon Burgon, retired Sergeant of the Utah Major Crime Unit, recalled how his life was transformed thanks to the work of Salt Lake Scientologists. “When I see Scientologists and the work you do,” he said, “I see a badge that reads: ‘We’re here to help.’ You looked at the officers drowning under the poison of those meth labs. You reached out to us when no one else knew what to do, and said: ‘We are going to help you.’ And because of that, you can count on us never forgetting L. Ron Hubbard and the Church of Scientology.”

Mrs. Taryn Dipo of Operation Underground Railroad, who works to recover victims of human trafficking around the world, highlighted Church members’ devotion to the basic rights of humankind. “We first met members of your Church when testifying at Capitol Hill,” she said. “We immediately collaborated on education efforts on behalf of freeing men, women, and children from modern-day slavery. But if that’s not committed enough, you’ve even put your own lives on the line, flanking our extraction operations to expose real-life traffickers. Yes, you educate, you empower and you most certainly liberate in the name of freedom.”

Mr. Ken Kraudy spoke of his admiration for the Scientology Volunteer Ministers. “You’re willing to deploy anywhere, to face anything … In fact, during this record-setting disaster season, you were everywhere. So, for all Scientologists out there, you should take pride, because you’re making a massive difference,” he said. “That is, both in terms of what you have done and what you are continuing to do. I’d like to say we are ‘cut from the same wood’ as you. And, we consider that a heck of a compliment for us. Because you are not only accepted, but are applauded for your disaster work in Utah and all over the world.”

When entering the new Salt Lake City Church, visitors are provided with an introduction to Dianetics and Scientology, beginning with the Public Information Center. Its displays, containing more than 500 films in 17 languages, present the beliefs and practices of the Scientology religion and the life and legacy of Founder L. Ron Hubbard.

The Information Center also details the many humanitarian initiatives that Scientology supports. They include a worldwide human rights education campaign; far-reaching drug education, prevention, and rehabilitation programs; a global network of literacy and learning centers; and the Scientology Volunteer Ministers corps, which has become the world’s largest independent relief force.

Salt Lake City’s Chapel provides for Scientology congregational gatherings that include Sunday Services, Weddings, and Naming Ceremonies, as well as a host of community-wide events such as banquets, seminars and workshops, open to members of all denominations.

The Peaks Café presents a meeting place for those attending events, as well as for parishioners during breaks in their Scientology services.

The new Church allows for the delivery of all Introductory Services. These include afternoon, evening and weekend Dianetics and Scientology seminars, imparting an overview of fundamental principles and their application for living, as well as an array of Scientology Life Improvement Courses to help better any aspect of one’s life.

The opening of the new Ideal Church of Scientology Salt Lake City comes during a period of massive expansion for the religion with more than 60 new Churches of Scientology from Los Angeles to Tampa, London to Milan, Tel Aviv to Tokyo and Kaohsiung to Bogotá, including 18 opened in the Western United States alone. “Ideal” is the standard set by L. Ron Hubbard so that every Church is a perfect expression of the religion’s principles and practices, including its many community outreach and humanitarian programs. 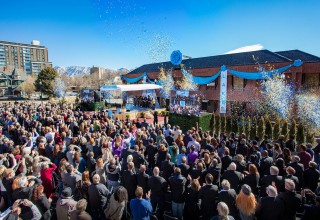 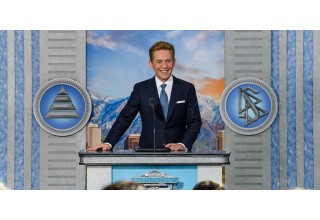 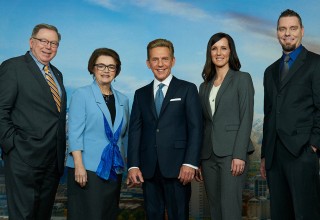 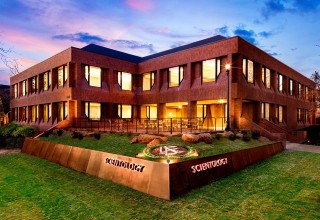