In the News With the Opening of Scientology Media Productions 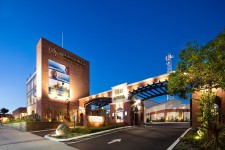 At a time when production has been leaving California, the Church of Scientology felt it important to highlight this Hollywood treasure and bring it back to the community. The studios will be available to other film studios and like-minded groups for their own programming and charitable outreach.