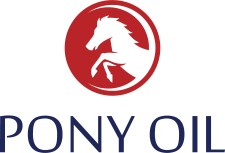 DALLAS, February 12, 2020 (Newswire.com) - In 4Q 2019, Pony Oil, LLC (“Pony Oil”) announced that Carter Henderson and Cameron Wieding have joined the Pony Oil executive team as Executive Vice President of Engineering and Executive Vice President of Geology, respectively. They will both report to John Paul Merritt, President and Chief Executive Officer, and will be involved in the technical, operational, strategic, and financial underwriting of new investment opportunities. They will be located in the firm’s Houston, Texas, office and will also serve as Partners in and Co-Founders of Pony Oil Capital.

“Pony is a best in class mineral and royalty aggregator and is well known for their sourcing engine, particularly within the Permian and Eagleford. We believe there are clear synergies in combining our technical expertise with Pony’s substantial deal volume,” said Mr. Wieding. “We look forward to building upon the organization’s impressive track record of creating value across multiple Lower 48 basins. Through Pony’s sourcing capabilities we see several attractive opportunities across the mineral and working interest space. We believe our team is uniquely positioned to identify and execute upon quality investments,” Mr. Henderson added.

Mr. Wieding most recently served as a Vice President in the Energy Investment Banking group at Jefferies. While at Jefferies, he was involved in pitching, executing, and managing the technical/geologic evaluation for sell-side and buy-side advisory mandates, capital raises, and strategic evaluations for upstream and midstream energy companies. Prior to Jefferies, Mr. Wieding worked in various exploration, asset development, and operations roles at Linn Energy, Citation Oil and Gas, and Williams Companies. He has led the prospecting, planning, and execution of 200+ wells and has extensive experience in both conventional and unconventional plays across multiple Lower 48 basins. Mr. Wieding holds a Bachelor of Science degree in Geology from Oklahoma State University and a Master of Science in Geology from the University of Houston.