Team Impulsion Marketing Group recently gave back to the community at large by participating in the Special Olympics Bowling Championship held August 24. The firm's leadership expressed their joy at being able to help neighbors.

HUNTINGTON BEACH, Calif., September 20, 2019 (Newswire.com) - Kayla, Impulsion Marketing Group’s President, noted that this event was exactly the type of philanthropic activity for which her team had been searching. Since this firm launched, Kayla noted that opportunities to give back to the community and world have been part of the overall culture.

As Kayla shared, people from Impulsion Marketing Group became aware of the event during one of their team nights at their local bowling alley. The four team members who volunteered for the Special Olympics Bowling Championship ran booths and games while handing out ribbons between tournament times. For Kayla, this was a great chance to do something she truly loves, which is partaking in a cause in which others can overcome adversity. To be physically part of such an extraordinary endeavor was an immeasurable experience for her and everyone else who helped out.

Kayla believes that every company should make philanthropy a priority for many reasons. First and foremost, she notes that causes depend on corporate sponsors to really move life-changing projects forward. She sees the chance to give back as an opportunity to make a difference, while also bolstering the team’s reputation as one of people who care.

Of course, not every cause will hit on the Impulsion Marketing Group radar. In fact, Kayla noted that there is a vetting process for determining which charities her team supports. For instance, nonprofits whose values align with the firm are pushed to the front of the line. Kayla and her people also take time to see how funds and efforts are used by these organizations before they commit, because they want to do the most good with their work.

Another factor Kayla noted weighed heavily on giving back was team buy-in. As she pointed out, this team treats philanthropy like they do any campaign. They set goals and milestones to achieve along the way. Therefore, it’s of the utmost importance that anything they do as volunteers or fundraisers is supported across the firm.

Kayla shared that her team’s efforts with Special Olympics are just one of many that will happen this year. She and her people are excited for the next chance to give back.

About Impulsion Marketing Group:
Impulsion Marketing Group is where brands turn to quickly build marketing momentum. The firm’s promotional marketing strategy is direct and impactful. Every outreach initiative is masterfully created by a highly trained team who understands the key components to driving sales: people, visible merchandise, and ROI. Their promotional specialists introduce customers to new products in an engaging manner that builds loyalty. By leveraging their talent and enthusiasm with access to powerful distribution channels, Impulsion Marketing Group has earned a solid reputation for netting faster results and repeat business. They’ve effectively served companies of all sizes with their customizable model. Learn more about why this firm is a force in the promotional marketing industry by visiting impulsionmarketinggroup.com. 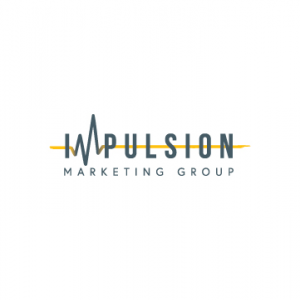