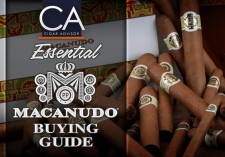 Easton, PA, May 25, 2017 (Newswire.com) - Cigar Advisor, the nation’s premiere online cigar magazine, proudly serves cigar enthusiasts with a uniquely down-to-earth perspective on the enjoyment of premium cigars. The magazine has released a top-to-bottom overview of Dominican-made Macanudo cigars, a long-time staple in premium cigar brands available in the United States. The new Report is titled “The Essential Macanudo Cigar Review and Buying Guide” and contains full-length Macanudo cigar reviews by each of the Cigar Advisor Editors, for each of the lines under the Macanudo umbrella.

This is the second installment to showcase heritage premium cigar brands; the Cigar Advisors selected the seven Macanudo line extensions for their iconic standing with U.S. cigar smokers. Macanudo dates back to 1969, and has played a large part in igniting the premium cigar hobby with millions of smokers. And because the core line — Macanudo Café — garnered fame as a mellow “starter cigar,” Macanudo has been the launch pad to the cigar-smoking lifestyle for many enthusiasts.

While the blend of the Macanudo Maduro is the same as the Café, the two cigars are incredibly different in flavor and strength

For this report, the Cigar Advisors reviewed the flavor and quality of each of Macanudo’s classic cigars that are in current, regular production. Copywriter Fred Lunt reviewed Macanudo Café and Maduro; both cigars feature the same core blend but are finished in different wrapper leaves: Connecticut Shade, and Connecticut Broadleaf, respectively. This allowed Fred to make a direct comparison of the flavors, and note the differences provided by the two wrapper choices. “While the blend of the Macanudo Maduro is the same as the Café, the two cigars are incredibly different in flavor and strength,” noted Fred.

Executive Editor Gary Korb reviewed the Macanudo Signature Series and Mao Series cigars. He wrote that the Signature was “ultra-creamy, voluminous, and consistent in flavor throughout,” while recommending the Mao as “a relaxing after-dinner smoke.”

Considered one of Macanudo’s best, the highly-rated Macanudo Cru Royale is reviewed by Tommy Zman Zarzecki — who said “[Macanudo] did one hell of a job on this dark, rich and complex smoke.” Managing Editor John Pullo handled Macanudo’s Vintage lines with the Vintage 1997 and Vintage 2006; he found the 1997 to be “full of toasty flavors everywhere,” and recommended cigar enthusiasts “grab this Shade wrapper version of the ’97 … while you still can.”

To see more of the Advisors’ Macanudo cigars reviews and tasting notes, as well as the details on the blending and performance of the famed Dominican cigars in the Tasting Guide, go to cigaradvisor.com.

Cigar Advisor magazine is a digital publication created by, and for, real cigar enthusiasts. The Editors strive every day to accomplish three goals: welcome novices to the hobby of cigar smoking with advice and open arms; share their tobacco-rich lifestyle with good friends and veteran smokers alike; and profess their love for a good smoke with cigar enthusiasts of all stripes, from around the world. Cigar smokers are a passionate bunch — and whether it is food, drink, sports or cigars they're fanatical about, Cigar Advisor shares those passions with a razor-sharp edge. Find that passion and more on display at CigarAdvisor.com. 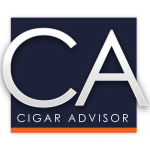