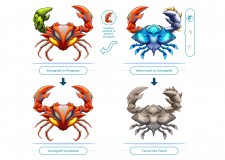 SINGAPORE, November 15, 2018 (Newswire.com) - ​iCandy Interactive is extending the deadline for its CryptantCrab Pre-Sale event. This move is necessary as the team is introducing a new core function – Xenograft. This new game-changing ability will generate additional interest and encourage new players to join the pre-sale and start their digital crab collection.

Notably, the new closing date for the CryptantCrab Pre-Sale is now set on December 25, 2018. This extension of just over a month will provide everyone the opportunity to enjoy the early bird benefits. This includes gaining the ‘Pioneer’ tag for all pre-sale crabs and enjoying the higher chance to get Legendary CryptantCrabs. The latter also offers the equally-as-rare event-exclusive virtual crustaceans, specific entries that will no longer appear once the pre-sale closes.

iCandy Interactive will continue to introduce new features as the game draws closer to its launch date that further enhances what CryptantCrab has to offer. This is how the development team is planning to keep things exciting for players, specifically those who have yet to join the pre-sale.

For iCandy Interactive, the extension is timely as it believes that introducing the Xenograft aspect will change the basic gameplay for CryptantCrab. Originally, when the game officially launches, players could mutate their crabs’ parts if they want to alter the look and battle levels. The addition of the Xenograft feature adds a new level of customization, enabling players to transplant a specific Crab Part onto another CryptantCrab.

Now every crab in each player’s collection has gained even more value as a specific part may be grafted onto others. This will make it even easier for players to form CryptantCrab sets or create that awesome fighter with a specific balance or focus in statistics. Those that like to customize can even create the ultimate looker too!

The CryptantCrab that loses its part will still retain some value as it turns into a Fossil. While it can’t be sent to battle in this state, it can still be traded on a designated platform. In fact, its uniqueness may offer some value in future updates.

For those who are keen on starting their own collection of CryptantCrabs, the time is now thanks to the pre-sale extension. More updates – just like the introduction of Xenograft – are likely to come online soon so do keep an eye out for them on the CryptantCrab Facebook and Discord channels.

More information can be found on https://www.cryptantcrab.io.

iCandy Interactive Limited (ASX:ICI) is an Australian publicly traded company that has its core business in the development and publishing of mobile games and digital entertainment for a global audience. iCandy Interactive runs a portfolio of mobile games that are being played by over 350 million gamers worldwide and has won multiple awards in various coveted international events. For more information visit www.icandy.io. 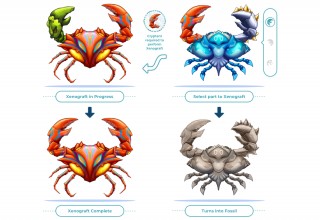 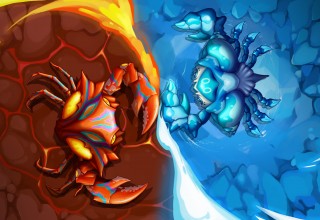 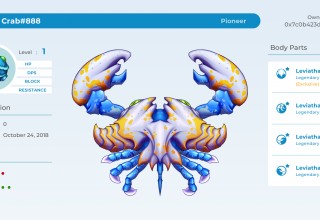