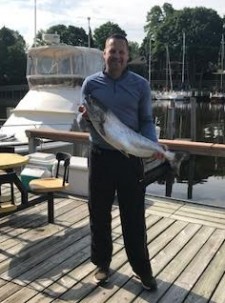 TRENTON, N.J, August 25, 2017 (Newswire.com) - Ian Robert Nelms, along with his angling partner Aaron Rice, recently earned his place in the top 100 of the National Federation Tour. He worked incredibly hard to win one of the most prestigious walleye fishing tournaments in the U.S., and now he plans to follow Cabela's events around the country anytime he can.

The tournament he just participated in, which was sponsored by Cabela’s and held in Escabana's Bay de Noc, was quite popular among the anglers, and it seems that its popularity is growing from year to year since attendance is steadily increasing.

"Well - as luck may have it, I have won the Manistee Fishing Tournament this weekend. It's surreal and quite impressive. My winning fish was a king salmon that weighed in at 28.85 lbs and 42 inches long with a girth of 26 inches - the catch earned me the Master Angler's Designation."

The fierce competition could also have something to do with the fact that over $200,000 worth of cash prizes were in play for the adventurous anglers who participated in the event. Not to mention, there were plenty of other discounts and prizes available from companies.

According to Ian Robert Nelms, this has made the event even more exciting to attend, since so much was at stake. Over 240 teams attended the competition. It was the 15th year of the walleye fishing tournament and the third one held in the welcoming community of Escabana. Ian Robert Nelms admits he learned a lot from the Wisconsin competition where he witnesses Louie Apitz and Buck Gehmz try their luck with a rather strange strategy.

The team left their favorite fishing ground and took a risk by fishing in shallow waters. At first, they caught only small fishes. But in the end, they were patient enough to stick to their strategy, and it paid off. They caught a total of 46 pounds and 2 ounces. Their strategy inspired Ian Robert Nelms to do something similar in his next competition, despite the risk it carried.

In the end, not even the winning team could believe their eyes when their strategy actually turned out to be effective. The Wisconsin tournament had impressive prizes as well. Apitza and Gehmz left with more than $14, 500 in various prizes, and a courtesy bonus from Lowrance Electronics worth $500. Plus, they took home other prizes in cash as well as fishing-related products.

But the anglers couldn't be happier with their prize: the knowledge that all of their hard work paid off. During his next competition, Ian Robert Nelson and his partner Aaron Rice won the Manistee Fishing Tournament with a king salmon that weighed 28.85 lbs. The award helped Ian earn Master Angler's Designation, which he modestly attributes to luck as well as strategy.

"Well - as luck may have it, I have won the Manistee Fishing Tournament this weekend. It's surreal and quite impressive. My winning fish was a king salmon that weighed in at 28.85 lbs and 42 inches long with a girth of 26 inches - the catch earned me the Master Angler's Designation.”

This got me first place for the catch, and I have qualified for the FLW Masters Angler Tour.”

Ian and his partner don't want to stop here. Their goal is to become state champions one day. But this goal doesn't prevent them from enjoying fishing tournaments that they don’t win either. Ian and his partner also want to take their chances one more time and give risky fishing strategies, such as traveling to shallow waters, more tries. Hopefully, like Apitz and Gehmz, they will leave with another an impressive catch.

Like thousands of professionals and amateurs, Ian Robert Nelms also enjoys the friendly environment and welcoming atmosphere at the events. He looks forward to building friendships that last a lifetime. Meanwhile, Ian will attend all of the fishing tournaments every time he can, studying the strategies of the best anglers, trying new and innovative strategies, and hoping that one day all of his work will pay off. 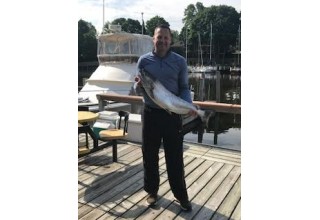 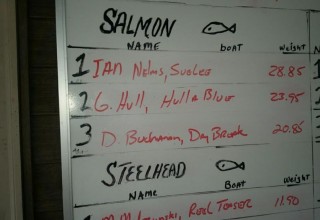 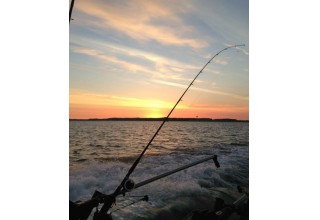 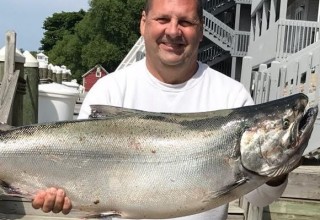