TRENTON, N.J., August 14, 2017 (Newswire.com) - After recently breaking into the top 100 of the National Federation Tour, one of the most competitive fishing tournaments in the U.S., Ian Robert Nelms and his partner Aaron Rice have won another title, and they don't seem to want to stop anytime soon either.

Ian admits that most of his success is founded on the patience and determination that he observed while watching Apitz and Gehmz, who had a rather odd strategy that leads to astonishing results. Their strategy was focused on fishing outside the launch spot, in a place surrounded by shallow weeds. This is a particularly risky strategy since you can easily get your blades stuck in small fish and miss out on bigger ones.

I am now a Master Angler, and have turned pro.

However, their strategy paid off. In the end, they caught over 40 pounds and 2 ounces of fish. Some participants may not have been willing to give strategies like this a try since it's unconventional, but Ian thought it could be his winning ticket and he was right.

One of the most interesting aspects of fishing tournaments is how fishing lovers interact with each other and how many friendships are born, despite the generous prizes that are at stake. Ian modestly described his experience at the Manistee Fishing Tournament, which helped him earn the Master Angler's Designation.

"Well- as luck may have it, I have won the Manistee Fishing Tournament this weekend. It's surreal and quite impressive.

"My winning fish was a King Salmon that weighed in at 28.85 lbs and 42 inches long with a girth of 26 inches - the catch earned me the Master Angler's Designation.

"This got me first place for the catch, and I have qualified for the FLW Masters Angler Tour.

"I am now a Master Angler, and have turned pro." – Ian Robert Nelms

His impressive catch took place in a world-class fishing tournament with thousands of dollars worth in cash and prizes at stake. On day two of the fishing tournament, Robert had another impressive catch: "On day two, my catch was famous, over 140lbs overall with Lake Trout & King Salmon." After officially becoming a pro, the angler's dream is to become a state champion. Like other teams of anglers, Aaron and Ian will be attending fishing tournaments across the country every chance they get.

While the team wants to win tournaments, being part of such a friendly community and observing other champions is what makes fishing tournaments so addictive in the first place.

The Cabela's Masters Walleye Circuit is next on Ian Robert Nelms' list. He hopes to make a good impression there as well, as the tournament has set the standard for walleye fishing tournament since 1984.

The prizes for this tournament are also generous, which makes it even more enticing for teams to participate and arrive early for pre-fishing sessions, or just to get accustomed to the area and meet other team members. Tournaments like Cabela's Masters also invest in the future generations of enthusiastic anglers. Fishing events where volunteers teach the young about fishing are organized for kids and their parents. MWC Conservation Fund and Youth and Family Fishing Clinics also makes sure that the young have everything they need. This is why through the sponsors of the tournament fishing equipment is donated to kids who dream of becoming anglers one day.

Fishing enthusiasts like Ian Robert and his partner Aaron Rice know that in tournaments like these you don't leave empty handed even if you lose. Communities like these are where true friendships are born. The friendly atmosphere in the community is what keeps Ian going until he finds the right strategy and luck to be the next state champion. 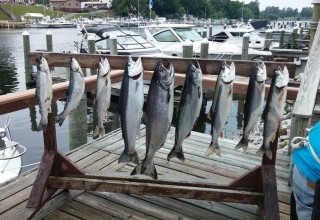 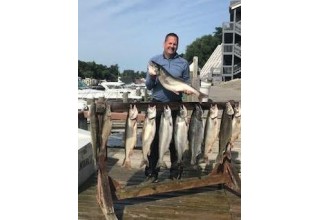