The dangers of Internet forums and "broscience" 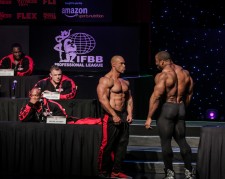 Internet forums can be a great source of information on a great many subjects. Using forums as a knowledge source is the same as using the TV as the source of all truth. As we all know, just because something was seen on TV, doesn't mean it's true. The same thing applies to internet forums. Just because something is read on a forum, doesn't necessarily mean it's true. That doesn't mean everything one reads is untrue; it just means one has to evaluate and consider the source.

With regard to hormones and peptides, the genesis of their knowledge base came from the early bodybuilders who first began to use them for their anabolic effect. In those days, the 1950s and 60s, the medical community treated anabolic steroids and androgens — peptides were still little twinkles in scientists' eyes — like they did all other medications: they were reserved for, and prescribed to, sick people, not healthy athletes. In fact, up until the late 1990s, the Physicians Desk Reference and the AMA both stipulated that steroids and androgens did not build muscle or enhance performance!

Despite the fact that by the mid-1980s, Penn State professor and noted expert on anabolics in sports, Dr. Charles Yesalis, estimated that over 3 million Americans were using anabolic steroids, the medical community at large had left athletes seeking knowledge of these powerful hormones out in the cold. This left no other option for athletes, particularly bodybuilders and powerlifters, to seek and explore this realm on their own. That meant a lot of willing human lab rats testing theories put together by the scant few in the industry who had set out to find the truth. As one noted researcher and holder of the title of the “original steroid guru,” Dan Duchaine, put it in the early 1980's, “there are only two ways we learn anything about steroids: serendipity and failure.”

This process of trial, error, and sharing of knowledge gradually became the backbone of all we know today about using and benefiting from anabolic hormones and peptides. By the mid-80s Dan Duchaine had published his Underground Steroid Handbook and the Underground Steroid Handbook II. At this time, these two flimsy little pamphlets contained all the relevant and proven “science” behind anabolic hormone and peptide use that was known to be true in the free world.

Today, while very little of the science cobbled together in these early days has changed, the number of self-proclaimed experts has grown, right along with a cadre of legitimate doctors, scientists and researchers — many of whom eventually utilized the internet as a means of sharing much-needed information on anabolic hormones and peptides. As this process grew more common and websites catering to the subject grew and garnered respect, their forums became infiltrated with guys, well-intended or not, who proclaim to know what they were talking about, but in reality don't have a clue. These guys are essentially gym bros and the dubious knowledge they proffer became known as “bro-science.”

Broscience then evolved, as the internet became the go-to source for the implied truth about anything related to bodybuilding, anti-aging, hormones and peptides, to almost overshadow the legitimate knowledge out there. This is simply a matter of numbers. There are far more self-proclaimed expert gym bros out there with a theory than there are legitimate members of the medical and scientific community well-versed in anabolic hormones and peptides. These gym bros have virtually no formal training in medicine, science, physiology, toxicology, endocrinology, or any other science which encompasses anabolic hormones and peptides, none, zero, nada, zilch. All they have is a high post count and a cool avatar — they don't even use their real name! Does it sound reasonable to take medical advice from a doctor that doesn't use his real name in matters pertaining to the patient's health and well-being? Then why take the advice of an anonymous forum jockey when it comes to the use of powerful hormones? No sane person would!

When it comes to physiologically potent substances being introduced into your body, make sure that the information is accurate, pertinent and well-researched from accredited sources who cite academia as their knowledge base and not their post count or forum rep points. Remember — these guys are not going to be around when their bad advice screws other people up.

Interested in Richard Rodriguez taking your physique to the next level? Schedule a Free 30 Minute Consultation now or fill out an application for consideration.

Look out in July for the Richard Rodriguez documentary release that he has been working on extensively with YouTube Sensation JonnyBravoTV. This will absolutely bring light on the events that people are unsure of since they only see or hear what was revealed.

Richard Rodriguez with over 25 years experience is an iconic and legendary figure within the fitness community. His companies span all across the globe and has dominated the peptides, transdermal, hormone and contest prep market.

IAG Miami Richard Rodriguez, Celebrity Trainer, Talks About How to Confirm the Validity of a Product You Buy
RR Ventures LLC - Jun 9, 2017