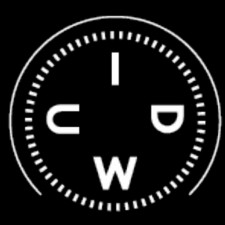 Los Angeles, CA, August 4, 2016 (Newswire.com) -  Police officers offer ride a longs to those that want a real introduction to actual police work. They do this as a way for citizens and potential candidates to learn more about police work by interacting with a real cops and real calls for service, says retired SFPF police officer and PR spokesman for I Drive With Uber (IDWU), Chris Greenman, “I mean there is the police academy and then there is real police work, and the two are very and if not completely different.  Just as is the case for Uber drivers, you can read all you want but it makes a lot of sense to additionally experience the drive and ask a real Uber driver about driving for Uber. The is by far the best approach if you want undisputed and accurate information.”​

Those people that are looking to become Uber drivers, IDWU is giving people the same opportunity to learn about driving for Uber just as the police do for those wishing to become police officers.  A free Uber ride and chance to interview a driver seems pretty fair and direct to determine if the job is the right fit.

There are two sides to every story and the truth is usually somewhere in the middle, this opportunity allows potential Uber drivers to determine the middle hearing from all sides." IDWU has referred literally thousands of people to Uber as a verified partner resource for Uber.

Why does IDWU think this is so important?  IDWU Spokesman, Greenman had this to say, “Ask an army recruiter what it is like to be a private and then go ask a private that just graduated from basic training the same question.  The recruiter has incentive to make a case for describing the job as a picture perfect opportunity with all the pros, however, the recent graduate might paint a different picture. There are two sides to every story and the truth is usually somewhere in the middle, this opportunity allows potential Uber drivers to determine the middle hearing from all sides.” IDWU has referred literally thousands of people to Uber as a verified partner resource for Uber.

According to available measurements, Uber referral payments, and Google results, I Drive With Uber (IDWU) is an industry leader in ride share driver resource information.  The POA (Police Officers Association) is a police officer resource and is almost always the authority for resources outside of the police department itself for police officers. Based on website influence and subject matter authority, Google authority, and a list of other measured indicators, Headline News Guru endorses IDWU as the top reputable informational resource for Uber. It draws the association as it feels is warranted with the POA comparison because of this reference. With the hundreds of resource websites that have surfaced over the last 6 months for “Uber resources or referral hubs” it is paramount to only endorse those that have earned it through multilevel tests and merits, as it proves a great resource for our readers.

Source: I Drive With Uber

The world news leader and consumers news choice in journalism , 7 years of internet reporting of world news, & information. "We bring the world's top ranked news provided together, FOX, NBC, CNN, ESPN, and, we add our own mix add unique content as we

Uber Struggles for Drivers While Lyft Apparently Looks for Passengers
HNG latest ride sharing investigation, along with the Wall Street Journal's findings, and Cnet's on-going coverage of Ride share drivers, reveals some interesting findings. It seems according to advertising efforts and targeting that Lyft is focused on the need to acquire more passengers, while Uber, the ridesharing powerhouse, struggles to get enough drivers to meet current demands.
Headline News Guru - Mar 29, 2016
Comprehensive Tax Information for Uber Drivers and Lyft Drivers Goes Beyond TurboTax Tips
I Drive with Uber (IDWU), the evolving authority for Uber and Lyft drivers, released free comprehensive tax information specifically geared towards ride sharing drivers. I Drive With Uber is regarded as a leading authority and information provider for Uber drivers. The website's mission is to do just that - provide information for Uber and Lyft drivers/passengers that goes beyond the actual Uber website.
Headline News Guru - Feb 1, 2016