“We were thrilled with the turnout again this year,” said Hybrid Studios Manager Mike Miller. “The party is an opportunity for NAMM attendees to take a break from the hustle and bustle of the convention, have some drinks, relax and listen to some great music. It also gives our industry sponsors a chance to show and discuss their products in their natural environment. We had Stacks FX in Studio B, while Lewitt and Genelec shared the control room in Studio A. Our alcohol sponsors were a huge hit as well. We can’t thank Towne Park and Angeline Vineyards enough for providing their amazing products for the party.”

Every year Hybrid Studios tries to improve and add new elements to the annual event. For 2018, the studio implemented a live stream of the event on Hybrid’s Facebook page through Applebox Network, a resident partner of the Santa Ana production facility. Applebox host Kevin Allen interviewed Lewitt founder and CEO Roman Perschon, Genelec’s Eastern Territory Sales Manager Paul Stewart and Bearwulf frontman Rob Gravely. Hybrid Manager Mike Miller interviewed Stacks FX founder Brian Frederick and singers from Bird & The War and The Shakes, Chris Chavez and Sean Perry respectively. Craig “Burnie” Burns interviewed select partygoers throughout the night, and performances from all three bands were streamed live as well. A highlight video and photos from the event will be available soon on Hybrid’s Facebook and http://www.HybridHappyHour.com/.

Hybrid Studios is a fully integrated multimedia production facility in Orange County, California. Not only does Hybrid feature a state-of-the-art analog & digital recording studio, it also boasts a massive soundstage, including a pre-lit cyclorama. Equipped with the best gear and an experienced staff, Hybrid provides a variety of products and services to clients across the creative spectrum from recording, mixing and mastering to video and photography. 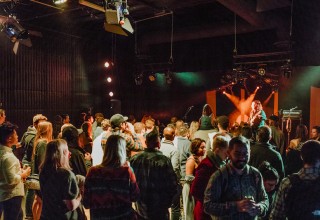 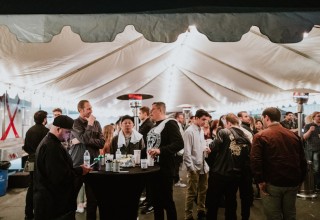 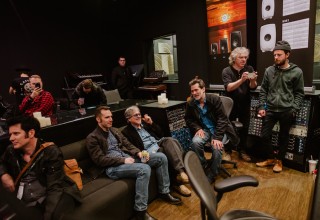