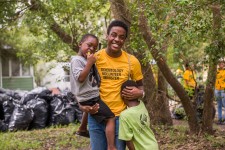 CLEARWATER, Fla., November 10, 2017 (Newswire.com) - Taking a glance through Clearwater, Florida, today, one would be hard-pressed to find any remnants of the storm that struck the city Sept. 11.

Nearly 2,500 Scientology Volunteer Ministers and their partners mobilized to return the city to its pre-Irma condition within days — tree limbs and toppled trees cut up and carried away; roofs mended; some 44 tons of debris bagged up and disposed of.

And with power out through much of the region, Volunteer Ministers supplied more than 3,000 bags of ice and 800 gallons of water to local households.

They returned Clearwater Beach to its earlier pristine condition, and they tackled the cleanup of Greenwood and Gateway, two of the city's underserved communities. And several days after the storm, with power still down, they sent in food trucks and set up a barbeque, serving free hot meals to nearly 6,000 people.

But a careful observer would notice that while the community has clearly returned to "normal," Scientology volunteer actions continue on.

The Scientology Information Center in downtown Clearwater held a disaster response training seminar this week. Those attending learned first aid, CPR (cardiopulmonary resuscitation) and training in Scientology assists —techniques developed by Scientology Founder L. Ron Hubbard that help people overcome the stress and trauma that can be even harder to cope with than the physical loss and destruction wrought by natural or man-made disasters.

Scientologists help tutor local children at the Clearwater Community Center, one of eight Clearwater social betterment and humanitarian facilities supported by the Church of Scientology.

All the while, Foundation for a Drug-Free World volunteers reach out to youngsters throughout the Tampa Bay Area with effective drug education in the face of a deadly opioid epidemic that Florida Governor Rick Scott declared as a public health emergency in May.

While Hurricane Irma was a graphic example of Scientology volunteerism, it was certainly not its beginning. Scientologists have been active in community service in Clearwater for more than four decades.

But the impact of these activities was tremendously accelerated in 2015 with the opening of the Scientology Information Center and six humanitarian and social betterment facilities in downtown Clearwater.

In the dedication ceremony, Scientology ecclesiastical leader Mr. David Miscavige said that as Clearwater is home to the religion's spiritual headquarters "we now bring the full breadth of our programs to this city, the city in which we live, the city that is our home — Clearwater, Florida." 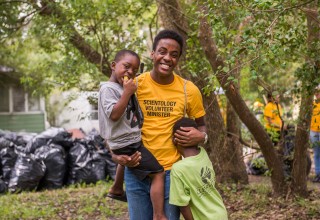 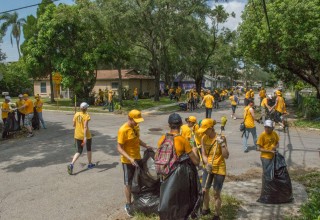 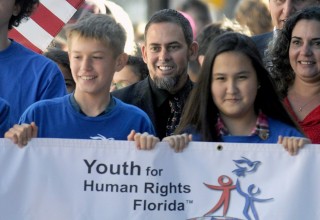 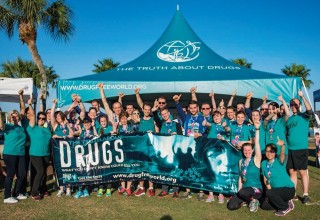