Human Rights Day Conference to Achieve the Goals of the UDHR

The Church of Scientology joined other religions and NGOs at UN headquarters in Geneva in a conference promoting cooperative effort to ensure human rights for all. 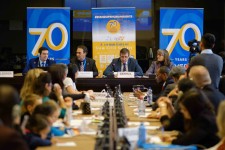 GENEVA, December 23, 2018 (Newswire.com) - On the 70th anniversary of the UN’s adoption of the Universal Declaration of Human Rights (UDHR), some 120 representatives of NGOs and religious groups filled Room VII of the Palais des Nations, once home to the League of Nations and now United Nations headquarters in Geneva. It was this room that served until 1946 as the venue for meetings of the newly formed United Nations. The conference was organized by CAP (acronym for Coordination of Associations and Individuals for Freedom of Conscience) and the Fundacion Vida (Foundation Life Green Ecological Group) and the Permanent Missions to the UN of Estonia, Finland, Philippines, and the  Slovak Republic.

Working closely with these two NGOs in organizing the event and representing the Church was Mr. Ivan Arjona-Pelado, Director of the Brussels-based Church of Scientology European Office for Public Affairs and Human Rights, who served as a moderator for the event.

Human rights education was a theme in many of the presentations of NGOs, religious organizations and human rights activists: Seven decades after the adoption of the UDHR, with most people able to name only a handful of the 30 rights enshrined in the document, it is little wonder the world is plagued by so many human rights violations.

The conference began with a presentation by the sponsoring permanent missions to the UN, which encouraged all activists to continue their work on human rights and to work with their governments to accomplish humanitarian goals.

This was followed by a screening of the award-winning documentary, Story of Human Rights, produced by United for Human Rights, the nonprofit organization sponsored by the Church of Scientology.

The second panel emphasized human rights education: The importance of knowing and understanding the UDHR as the first step to seeing that it is applied. This discussion was moderated by Mr. Luis Alberto Alarcon-Valencia, chair of the ECOSOC Foundation Life Green Ecological Group, joined by representatives of the Mexican nonprofit Humanidad de Oro; United for Human Rights; FOARE (Association for Training, Orientation and Help for Refugees and Migrants) of Spain, Colombia and Venezuela; the Swedish chapter of Foundation for a Drug-Free Europe, and Corporación Vida SILOE of Colombia and Spain.

The third panel featured faith-based organizations committed to full implementation of the UDHR. It was organized by UK-based All Faiths Network with participation of representatives of the Swiss group, Association for the Promotion of Intercultural and Interreligious Dialogue; the UK’s United Sikhs International; the Muslim Ahmadiyya Community; Church of the Light of the World of the U.S. and Mexico; CESNUR (Center for Studies on New Religions); and the Church of Scientology European Office for Public Affairs and Human Rights.

“It is, I firmly believe, as relevant today as it was when it was adopted 70 years ago.

“Arguably even more so, as over the passing decades, it has passed from being an aspirational treatise into a set of standards that has permeated virtually every area of international law.

“It has withstood the tests of the passing years, and the advent of dramatic new technologies and social, political and economic developments that its drafters could not have foreseen.

“Its precepts are so fundamental that they can be applied to every new dilemma.” 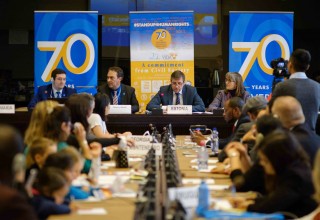 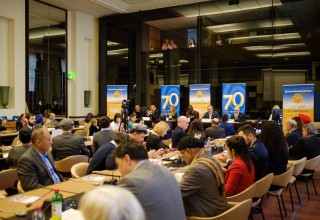 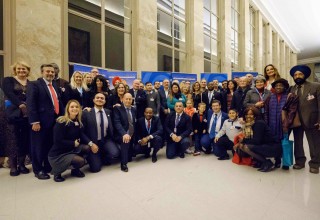 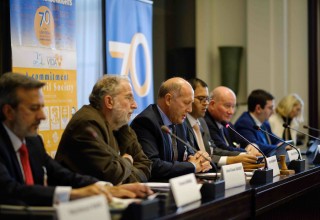