HowToBet.com Conducts Comprehensive IQ Study to Determine Which Sports Fans Are the Most Intelligent 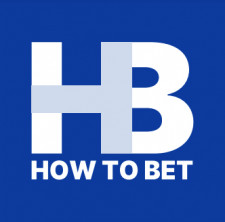 NEW YORK, December 14, 2021 (Newswire.com) -  In an effort to determine which sports fans are the most intelligent, HowToBet.com administered a remote IQ test to 1,006 U.S.-based fans of wrestling, hockey, basketball, football, baseball, and auto racing. The test was designed to evaluate verbal intelligence, mathematical ability, logical reasoning, and visual reasoning.

"As a team focused on producing content related to professional sports betting and college sports betting, one of the most engaging conversations we would find ourselves consistently having was the debate as to which sports fans were truly the most intelligent," said Cristian Campan, Product Owner. "We began to wonder if there was a direct correlation between which sport a fan likes and their IQ. This is what inspired us to find an answer to our own question."

The results of the test indicated that fans of World Wrestling Entertainment (WWE) had the highest IQs of all sports fans, with an average score of 112.6. They were followed by fans of the National Hockey Association (NHL) and National Basketball Association (NBA), with these groups achieving scores of 112.3 and 110.7, respectively. The bottom three groups included National Football League (NFL) fans, with an IQ score of 105.9, Major League Baseball (MLB) fans, with a score of 101.3, and fans of the National Association for Stock Car Auto Racing (NASCAR), who scored 95.2 on average.

The analysis also showed that female sports fans tended to achieve higher IQ scores than their male counterparts on average, with women consistently outperforming men within the categories of mathematical ability and logical reasoning.

IQ, which is the abbreviation for "intelligence quotient," is measured in the form of a structured test first popularized by French psychologist Alfred Binet. While there are multiple IQ tests that are currently in use today, most versions are designed to measure an individual's reasoning and problem-solving skills. Typical components of an IQ test include math, language, reasoning, memory, and information-processing speed subtests. These subtests are scored individually and then combined for a final IQ score.

According to Semantic Scholar, the average IQ score of American citizens is 98, which is technically two points lower than the average universal score of 100. With five out of the six groups of sports fans in the HowToBet.com study achieving average scores of over 100, there is an argument to be made that those who spend time consuming sports-related content are more intelligent than the average American.

HowToBet.com launched the IQ study in an effort to highlight correlations between sports fans and intelligence, as well as provide newcomers to the gambling space with key online betting tips rooted in extensive research. The HowToBet.com team determined that increasing overall awareness, sharpening verbal intelligence and mathematical ability, and enhancing logical and visual reasoning skills can have a positive effect on an individual's success with sports betting. These skill sets allow individuals to make better decisions, as they are far more likely to place bets based on accurate qualitative and quantitative data as opposed to other methods.

The HowToBet.com team encourages fans to challenge themselves with reading, writing, arithmetic, and puzzle-based tests to improve comprehension, lateral thinking, and creativity. These exercises can improve IQ, which may, in turn, have a positive impact on the approach fans take when placing bets.

HowToBet.com offers one of the world's most comprehensive betting guides that can be accessed via a user-friendly web app. Its mission is to help make online betting safe, fun and as easy as performing a search on the web.

There are already more than 400+ how-to guides freely available, all written by seasoned betting professionals. More guides are being added on a weekly basis in a continued effort to educate anyone interested in what is now a $199 billion betting industry. For more details, visit: https://www.howtobet.com/about-us/.

HowToBet.Com Releases Report Showing That Male Professional Athletes Earn Exponentially More Money Than Women ― But Not for the Obvious Reasons
HowToBet.com outlines the sports pay gap and the reasons behind it in its newly released article, "Gender Pay Gap: Understanding the Gender Gap in Sports Pay."
Raketech - Nov 16, 2021

HowToBet.com's NFL Analysis Highlights Key Trends in October and November
The educational gambling resource covers all of the major trends NFL fans should follow to boost their bet slip's chances in the upcoming months.
Raketech - Oct 25, 2021

HowToBet.com Releases Insights on Betting Trends of the NFL Season
With sports betting on the rise in 2021, HowToBet.com aims to educate newcomers on how they can bet in a savvy way this season.
Raketech - Oct 11, 2021