Sanctions are reducing Russia's 5 million tons share of the bitumen market. Russian refineries are closing and their customers are seeking new suppliers.

DUBAI, Arab Emirates, April 14, 2022 (Newswire.com) - Russia exported about 5 million tons of bitumen to 50 countries in 2021 with a value of over $1 billion. The country seems to be losing most of its bitumen markets due to the sanctions after the attack on Ukraine. In this situation, other bitumen producer countries are attempting to gain Russia's share of the global bitumen market. Infinity Galaxy, the international bitumen supplier, briefly explains the consequences of war on Russia's bitumen export:

According to the ITC report, from 2017 to 2021, Russia exported more than 14 million tons of bitumen with a value of $3 billion.

The vast majority of these countries are in Africa, America, Europe, and some Asian countries. Probably, they will stop importing bitumen from Russia. However, Russia can still cooperate with its allies.

As S&P Global reported, Russia has increased the rate of bitumen export to its allies. Exports to China reached 18,700 tons in March, a 34.9% growth compared to February. The country also exported 15,700 tons of bitumen to Kazakhstan, which doubled in March.

It seems that sanctions will intensify if this war continues. These sanctions can make Russia lose access to many markets.

As Reuters reported on 7 April, one of the Russian refineries with the capacity of 150,000 B/D has shut down operations as demand for Russian oil products decreased and crude oil prices soared against sanctions.

Many refineries around the world have increased their activities after the closure of Russian refineries. They intend to gain the market share in various countries that were previously owned by Russia.

Many Countries are Ready to Step In

Reducing dependence on Russia's bitumen will not be easy and the global bitumen supply will decrease. 2.5 million tons of new capacity have been created for countries that have bitumen production and want to replace Russia.

This global conflict prompts Russian bitumen customers to request bitumen from countries such as the USA, Spain, Italy, Greece, Canada, and Iran.

The cost effects of these changes in the supply chain are not yet completely known. However, the most significant current effects are the change of suppliers and schedules of many construction projects due to the refineries' closure and rising prices.

Infinity Galaxy is an international company that founded in 2012. We provide petrochemicals and exporting them to more than 30 countries worldwide. In addition to export, we regularly check the market and our experts provide regular analysis of it. 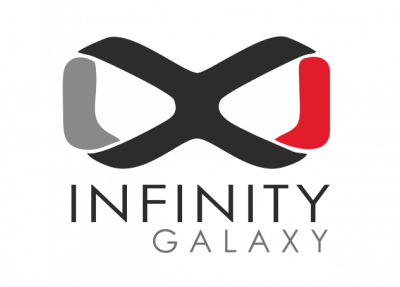