How to Disagree Without Being Disagreeable

Interfaith and intercultural gathering at the Nashville Church of Scientology 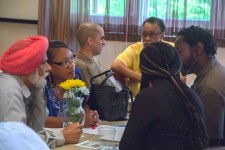 NASHVILLE, Tenn., August 5, 2019 (Newswire.com) - Those attending the International Friendship Day open house at the Nashville Church of Scientology put the motto of the UN Day to the test. They asked, “Is it really true, as the UN suggests, that ‘friendship between peoples, countries, cultures and individuals can inspire peace efforts and build bridges between communities’?” The answer they came up with by the end of the afternoon was “Yes!”

In an article featured in Franklin Homepage, a local online journal, Fisher describes her inspiration for the initiative:

She participated in a ride-along with a local police officer. A ride-along is a program where civilians spend a shift in the passenger seat of an emergency vehicle, observing the work of a police officer, firefighter, or paramedic. The experience made a lasting impression on her.

“‘He and I had a five-hour conversation and we talked about everything, from parenting to politics,” she said. “I walked away thinking this was a great conversation, and I learned so much.

At the Friendship Day open house at the Scientology Church, Fisher led dozens of participants in dialogue in which each guest was encouraged to express views, listen, iron out disagreements and learn from the opinions of others.

“We are bringing a diverse group of people together and demonstrating the power of friendship,” said Rev. Brian Fesler, pastor of the Church of Scientology. “Most of life’s problems come from our basic misunderstanding of each other—a misunderstanding of intentions—getting along with one another starts with getting to know each other.”

The Church of Scientology partnered in this program with The Way to Happiness Association of Tennessee, which provides a community betterment initiative based on the book The Way to Happiness. The initiative is predicated on the principle that one’s survival depends on the survival of others—and that without the survival of others, neither joy nor happiness is attainable. Public service announcements based on precepts from the book were screened, including “Respect the Religious Beliefs of Others,” “Be Worthy of Trust,” and “Try to Treat Others As You Would Want Them to Treat You.”

The Church of Scientology and its members are proud to share the tools for happier living contained in The Way to Happiness. Some 117 million copies have been distributed in 186 nations. 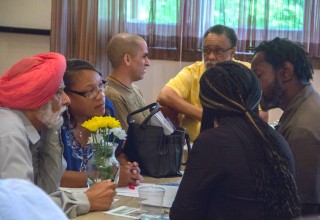 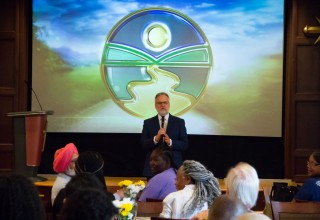 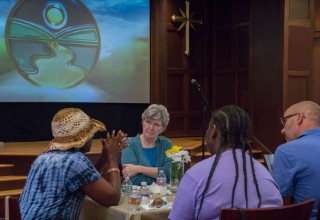 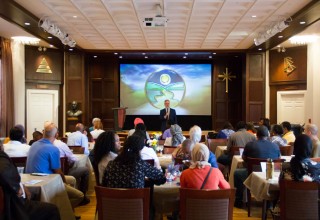