How Paralysis Led This Entrepreneur to His Next Venture

It's the idea of incremental growth—and just never giving up, being resilient, and always moving forward 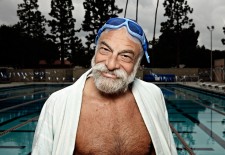 Los Angeles, CA, April 21, 2017 (Newswire.com) - The morning of September 17, 2004, started like many other days for businessman and entrepreneur Barry Shore. At 55, Barry had just returned from a trip overseas with his 17-year old son. Barry is the Founder and CEO of Dlyte.com and is a successful serial entrepreneur across a variety of industries.

Despite waking up physically strong, by the end of the day, Barry would be a quadriplegic, unable to move anything except his head—left to right.

“I was standing up in the morning, and in the evening, I was in the hospital paralyzed from my neck down,” says Barry. Barry was later diagnosed with Guillain-Barré syndrome (GBS), a rare disorder in which the body's immune system attacks the nervous system. The disorder can be so devastating because it strikes without warning—and because there is no specific, singular cause known by doctors at this time. GBS affects about one person in 100,000, according to the National Institute of Neurological Disorders and Stroke.

Barry would remain in various hospitals for 4 and a half months. He had a hospital bed in his own home for 2 years. He couldn’t turn over by himself, and he had braces on both legs—from his hips down to his ankles—for more than a year.

But if you saw or heard Barry speak today, you’d be able to tell he’s full of life and just as vibrant and driven as before being diagnosed with GBS.

Barry credits prayer, therapy, and love—PTL as he calls it—and conscious leadership as the factors that have turned his setback into a positive outcome.

We want to make the world a better place by making giving an everyday experience. With Dlyte, supporting your favorite charities is simple and fun.

Millennials Are Influencing the Future of Philanthropy
Dlyte - Apr 6, 2017
Newswire