How Meetrz, a New, Real-Time Networking App Got 5,000 Downloads in Its First 48 Hours 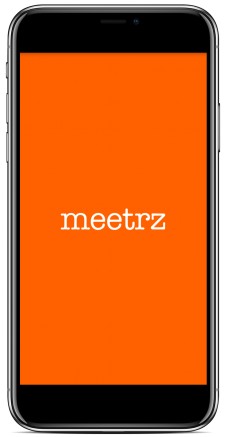 OREM, Utah, June 19, 2019 (Newswire.com) - Meetrz, a new app that connects entrepreneurs and business travelers with live, local users who want to meet up in real time, announced that it received 5,000 downloads in its first 48 hours of going live. The positive reaction is not a common feat, even for the top percentage of downloaded apps.

Meetrz founder Sean Whalen is new to the tech space, but he's widely known as a revolutionary coach and speaker who shares his raw, honest ideas on business, society and success. Whalen says he created Meetrz because he wanted to provide an anti-social media—a platform that would eliminate bloated connection lists, avoid unpredictable algorithms and connect people in an instantaneous, organic way.

“As a businessman who hates wasting time, I created Meetrz to give professionals the power to instantly connect with someone who could ultimately change their business, their sales or quite possibly their life,” shares Whalen. “Meetrz leverages location-based technology to only show you other nearby users who want to connect and meet right now.”

Whalen launched the iOS version of Meetrz in March 2019, but he only shared it with his following on Instagram. Within the first 48 hours, Meetrz was downloaded 5,000 times, and Whalen attributes the success to the app’s three disruptive features.

1. Maximize networking time, wherever users are

When users log in to Meetrz, they’re shown a feed of live, local people who are also using the app in real time. This enables users to raise their hand and say, “I’m here and I want to meet up with someone right now.” Whalen says the app’s technology will benefit the millions traveling for business, whether they want to meet up over a layover or make new connections at a work conference.

Meetrz flips the script on lengthy bios found on other platforms by offering a bare minimum profile, which comes down to three things: what you do, what you like and what you want. The response is limited to one sentence, so users are forced to edit down their bios. This enables other users to quickly brief each nearby person who’s ready to meet up, and only choose the like-minded professionals they want to network with.

Meetrz is the only social app that facilitates face-to-face, offline engagement in real time, so users can skip the tedious, back-and-forth messaging found on most platforms. “The only users you'll ever see are the people who are live and want to meet right now—no more games, no more waiting,” shares Whalen. His intention is to bring spontaneity back to networking by eliminating the barriers between working professionals who want to grow their connections.

The next goal: one million users after six months

Meetrz is now available for both iOS and Android phones, and Whalen says he has big plans for his app. “It took Tinder one year to gain one million users after its launch. We believe Meetrz can get there in six months after its launch.” In order to achieve rapid and steady growth, Whalen has put together a board of highly influential people, including 55 revenue-generating social media influencers. He says their readiness and willingness to support Meetrz is a sign of the app’s innovative solution to the stale networking apps that exist today.

Meetrz is a new app delivering instantaneous, organic and real connections to business people around the world. Through its short and innovative approach to networking, the app offers immediate connections in the real world and in real time with other users nearby.