Hotels that are innovating with the Delta Five system are staying ahead of the curve with early detection and prevention. 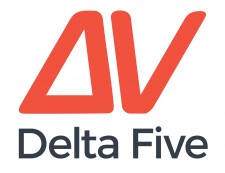 RALEIGH, N.C., September 21, 2017 (Newswire.com) - Delta Five’s Automated Insect Monitoring System is research-tested and has a proven 98 percent success rate at detecting bed bugs and other insects while preventing pest encounters. The devices are already in locations across the United States and around the globe. Michael Heeden, president of Winston Hospitality, has been a client of Delta Five since August 2016. While skeptical at first about the Delta Five system, Heeden has become a true believer and vocal advocate for its effectiveness seeing first-hand how well it is working in Winston Hospitality properties.

Winston Hospitality has a reputation in the industry for developing and operating hotels with an emphasis on quality and a focus on long-term financial success.The company manages brands like Hilton, Marriott, and IHG as well as casino hotels and more. At one location, the property did a full-installation with Delta Five’s Automated Insect Monitoring System. After the Delta Five system was installed, bed bugs and other insects were caught almost immediately, even right after pest control treatments. The property found that the system had significantly reduced guest encounters with bed bugs and other insects, and that 100 percent of the time insects were caught by the monitoring system even before hotel guests noticed them.

Bed bugs and other insects are an issue for all hotels, and we have researched every product on the market and haven't found anything that works for us as well as Delta Five.

At another property, the Automated Insect Monitoring System even helped the hotel staff identify a moisture issue because silverfish were caught in small sections of the hotel in specific rooms on several occasions by the system. It helped the hotel realize there was a specific issue happening in just those rooms. Utilizing Delta Five’s system, Winston Hospitality was also able to reduce the amount of chemical treatments in guest rooms.

“Bed bugs and other insects are an issue for all hotels, and we have researched every product on the market and haven’t found anything that works for us as well as Delta Five,” says Heeden. “We have even tested the limits of the lure to see how far we can stretch it beyond the recommended four months and found that it’s still catching bed bugs and other insects. Using this system provides us a green solution so we are able to reduce bed bugs and other insects while limiting the amount of chemicals guests are exposed to with more traditional treatments.”

The Automated Insect Monitoring System is the first and only 24/7, safe, Wi-Fi-enabled bed bug solution. It’s discreet and compact and provides unprecedented early detection. Most important, the system is organic and chemical-free, protecting the health of people and the environment. The lure is simply bed bug pheromones used to draw in the bed bugs, but it also draws in other species like silverfish, roaches, fruit flies, and carpet beetles, among other insects.

The system is also compact and easy to use. It attaches easily to out-of-sight surfaces and provides remote 24/7 monitoring with real-time notification. The all-natural, odorless lure attracts bed bugs and other insects, which are noticed by the device’s internal cameras that, in turn, activate the traps. The WiFi-enabled system immediately notifies users via email or SMS. Users can simultaneously track thousands of sites, view images of captured pests and see alerts on the Delta Five dashboard. Because the system traps the insects, disposal is also easy.

As Heeden found, hotels that are innovating with the Delta Five system are staying ahead of the curve with early detection and prevention while limiting their guests’ exposure to insects and traditional pest treatments. To learn more about Delta Five’s Automated Insect Monitoring System, visit DeltaFive.com.

Delta Five is innovating hospitality as well as property-and pest-management with automated technologies that enhance guest and resident satisfaction, while boosting business profits and reputation. For more information, visit DeltaFive.com.