Honduras Committed to Tourism Development With Addition of New Airlines, Cruises and Hotels 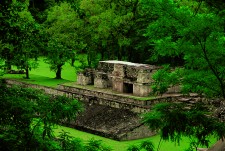 TEGUCIGALPA, Honduras, March 22, 2018 (Newswire.com) - While notably one of Central America’s most under the radar destinations, Honduras is making strides in its tourism sector. The country has enjoyed a steady increase in tourism arrivals over the past few years, having welcomed more than two million visitors in 2017, which represent more than U.S. $700 million in tourist spending. The country’s cruise offering is a main driver for its tourism industry, with several new cruise ships arriving in 2017. Honduras has also generated growth in its connectivity and announced new hotel developments. Below are the most recent achievements for the Honduras Institute of Tourism:

The International Airport of Juan Manuel Galvez in Roatan will soon undergo multiple upgrades including an extension of the runway and a new building for passengers. These upgrades will allow the airport to receive more planes, as well as better attend to passengers. Another important milestone for Honduras was the addition of Air Europa offering weekly direct flights from Madrid, Spain, to San Pedro Sula, Honduras. This new route has allowed greater connectivity for the country to more than 20 European destinations and more than one thousand sales channels for the marketing of airline tickets. The weekly Air Europa flight began in April 2017 when flight occupancy exceeded 85 percent. Since then, Air Europa expanded the capacity of the aircraft on that route with an Airbus 330-300 able to accommodate 388 passengers, adding 89 more seats. The possibility of increasing the frequency to two flights per week is currently under consideration.

The cruise sector is an instrumental contributor to Honduras’ tourism industry, as the country welcomed more than a million cruise passengers in 2017 representing a nearly 5 percent increase over 2016. Most recently, Roatan has welcomed new cruise ships including Celebrity Cruises’ Celebrity Reflection, Viking Ocean’s Viking Sky and TUI Cruises’ Mein Schiff from Germany.

While Honduras is well known for its impressive archeological sites such as Copan, and its unmatched diving on the Caribbean coast, the Honduras Tourism Board is now making an emphasis to showcase its exquisite Birdwatching experience. Honduras is one of the countries in Central America featuring the most protected land with 121 areas and is home to more than 770 species of birds. Most recently, efforts have focused on the promotion and development of services offered for Birdwatching, for which there are excellent guides and tour operators specialized in this area. The varied ecosystems in Honduras allow visitors to see many species of birds including the Ocellated Quail, Keel-billed Motmot, Lovely Cotinga, Agami Heron and the Honduran Emerald Hummingbird.

The Touristic Coffee Route, which allows visitors to visit coffee farms and have a complete tour of the process from seed to cup, is another experience being further developed. For years, Honduras has been acclaimed for its coffee and last year, the coffee beans grown by Honduras’ José Abelardo Díaz Enamorado were designated as the “Best of the Best” in the 2017 Ernesto Illy International Coffee Awards. There are six areas to experience the Coffee Route in Honduras: Copan, Opalaca, Montecillos, Comayagua, El Paraíso and Agalta.

Some of Honduras’ attractions have also been recognized among the best by top media outlets. Mary’s Place, located in Roatan, was recently listed among USA Today 10Best Reader’ Choice 2018 as one of the Caribbean’s best dive sites. Mary’s Place provides a habitat for marine critters including coral, sponge and seahorses. Additionally, the Island of Utila, located in Honduras’ northern coast along the second largest barrier reef in the world, was listed the No. 1 Best Caribbean Dive Site by USA Today 10 Best Readers’ Choice 2017.

Set in the heart of Central America is Honduras, one of the region’s less discovered gems that is ready to be explored. Boasting a variety of ecosystems and a vast amount of protected land, Honduras is home to a wealth of nature and wildlife both above land and under the ocean. The country presents numerous unparalleled experiences: nature, including the Rio Platano Biosphere Reserve, designated a Natural Heritage Site by UNESCO; several archeological sites such as Copan, declared a Cultural Heritage Site by UNESCO; adventure with river rafting and rappelling through the protected jungles; diving in pristine reefs on the Caribbean coast and connecting with authentic culture including several indigenous groups who have preserved their customs and tradition. Honduras, love outright. For more information, visit https://honduras.travel. 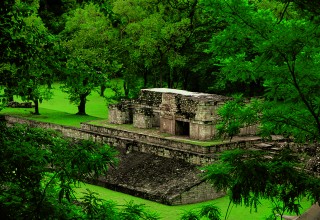 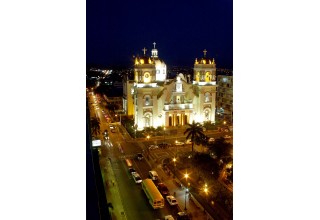 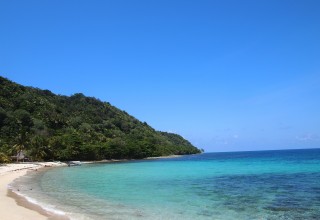 The Lodge at Pico Bonito Reaffirms Its Commitment to Conservation and Sustainable Tourism
Newlink Group - Sep 26, 2018