Hollywood and the Gift of a Drug-Free Christmas 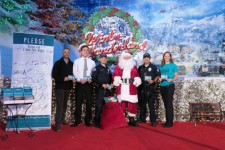 LOS ANGELES, December 19, 2017 (Newswire.com) - Walking down Hollywood Boulevard is a mixed experience. Many families come on vacation from all over the world to see the famous city, check out the Hollywood Walk of Fame, Madame Tussauds Wax Museum and Grauman’s Chinese Theater. Tourists also have their photos taken with “famous superheroes” from Superman and Spider-Man to the Hulk and Minnie Mouse. And for the past 35 years, L. Ron Hubbard’s Winter Wonderland has also been there for visitors throughout the month of December, with live concerts and special treats for the children: They can pose for pictures with Santa Claus and take their turn at breaking open a piñata and sharing the surprises inside.

Unfortunately, a walk down Hollywood Boulevard also presents the worst the city has to offer — homelessness, drugs and the pervasive smell of marijuana. But working to make a change in Hollywood’s drug culture is the Los Angeles chapter of Foundation for a Drug-Free World.

The Foundation held an event on Sunday at Winter Wonderland, located next to the Church of Scientology Los Angeles Public Information Center, where they teamed up with the LAPD to encourage people young and old to sign a pledge to live drug-free and help their families and friends make the same commitment. Those signing also agreed to learn more about drugs and share this information with others to help them avoid the tragedy of drug abuse, addiction and overdose. The Foundation for a Drug-Free World is dedicated to giving children the truth about drugs so they can make informed decisions to live drug-free.

The Church of Scientology and its members support the Truth About Drugs campaign, one of the world’s largest nongovernmental drug education and prevention initiatives. Thanks to this support, the Foundation for a Drug-Free World provides drug education booklets, videos and educator guides free of charge to teachers, mentors and civic and community leaders.

For more information, visit the website of the Foundation for a Drug-Free World. 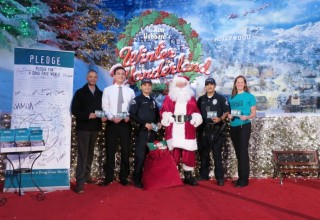 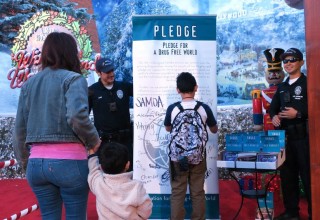 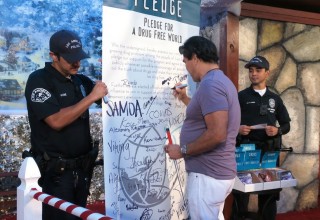