Holiday Stress and the Brain: What Are the Cognitive Skills Needed to Cope With the Holidays? 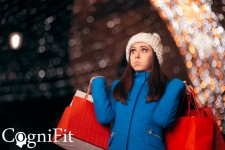 NEW YORK, December 12, 2018 (Newswire.com) - The holiday season is said to be the happiest season of all. However, the end of the year holidays can be a challenging time for many. The joy of vacations and stress of family gatherings, plans, etc. can come into conflict with each other, making the brain react. A Healthline survey in San Francisco (2015) found that 62% of people described their stress level as very elevated during the holidays, while only 10 percent reported no stress during the season. Stressors such as financial demands, family dynamics and maintaining personal health habits were cited by these people. These stressors make the brain increase activity in order to face them and respond to the changes in the environment. HMS associate professor of psychology at Massachusetts General Hospital, Ellen Braaten, establishes that the main cognitive skills used to tackle holiday stress are shifting and updating, due to the need for cognitive and behavioral adjustment.

CogniFit, a world leader in neuropsychological testing, brain training, and cognitive stimulation, has over 15 years of experience in testing these two cognitive skills and knows their importance when faced with holiday stress. Cognitive shifting is the brain's ability to adapt behavior and thoughts to new, changing, or unexpected events. Updating is the ability to oversee actions and behavior as a task is being completed. During the holidays, people have to constantly adapt to family reunions, unexpected gift giving and making sure their plans work out. This might set the brain’s prefrontal cortex into overdrive, and if prolonged it might lead to higher levels of cortisol (stress hormone) which can decrease other cognitive skills, such as memory, planning, attention, etc.

CogniFit neuropsychologist David Asensio states “the holiday season can be tricky for some people, it may trigger joyful emotions as well as negative ones, and both have a great impact on our cognitive skills. Being able to shift and update our behavior to adapt to the holiday demands is essential. Keep in mind that about 5 percent of the U.S. population experiences seasonal depression, which can also affect our cognitive abilities, making it harder to deal with the holidays altogether. CogniFit’s nearly 20 years of evaluating and understanding the importance of cognitive skills in every aspect of our lives makes it a great option for assessing the state of our cognitive processes during the holidays.”

Needless to say, the holiday season can be filled with both cheer and stress, so to keep cortisol levels under control, remember to maintain an exercise routine, meditate and relax as much as possible and share with family and friends.

CogniFit's patented technology has been designed by an international team of scientists, neurologists, and psychologists who investigate and combine the latest discoveries on the brain with advanced adaptive algorithms and big data analytics. For nearly 20 years, CogniFit has been developing personalized brain fitness programs with leading scientific institutions and published its results in several peer-reviewed publications.

CogniFit Insomnia Training Helps Cognitive Insomnia Symptoms Without Affecting Sleep Hygiene
Sleep specialists have recently cautioned over the use of sleep devices such as wearable watches and bands as well as nearby devices to track and monitor sleep. CogniFit, a global leader in the cognitive testing market, understands the importance of sleep hygiene. CogniFit training is recommended in the morning and therefore wouldn't interfere with your sleeping habits or hygiene.
CogniFit - Jul 10, 2019
Newswire