Innovating in the CubeSat arena, the Hoge Aerospace Institute is now launching the Hogesat-1, a satellite with the capacity to take pictures of an LED display embedded within itself. With a prototype already in place, HAI has launched a Kickstarter campaign to make the technology available to everyone.

CHARLESTON, S.C., March 1, 2022 (Newswire.com) - CubeSats are a type of miniaturized satellite typically used for space research. The CubeSat industry has rapidly grown over the last several years, and new general applications are arising as costs for space exploration drop. Hoge Aerospace Institute is building a CubeSat with the capacity to take pictures of itself in low earth orbit, dubbed the Hogesat-1. Individuals will have the opportunity to purchase and send up images of their choice to be displayed in space.

"The aim in doing so is to provide the common person a platform to engage with Space Technology in an engaging manner," states Laith Harbawi, Chief Operations Officer at Hoge Aerospace Institute. It features an outboard display, a camera, and an optical system so that anyone can have their photo displayed with space or the earth as a background. The satellite then snaps a selfie with this photo and beams it back to earth. The communications protocols, optical system, and even ruggedization of the display are exploratory work that will be used for more practical applications of CubeSat technologies.

Hoge Aerospace Institute has partnered with the College of Charleston in South Carolina to accelerate their space program. The team of engineers and coders led by atmospheric scientist and software developer, Joseph Niehaus, have created a prototype to showcase these applications.

The HAI team is based out of Charleston, SC. Joseph Niehaus is the Founder and CEO with a background as a software developer and atmospheric scientist. Samuel Joseph, the Chief Integration Officer, is an expert in deep space analytics and blockchain integration. Chief Business Director Nukunu Kwesi Sackey has a business background and a proven record of startup success and the COO, Laith Harbawi has a dual doctorate with degrees in Astronomy and Quantum Physics. Their crowdfunding campaign is live on Kickstarter.

Hoge Aerospace Institute (HAI) is a grassroots startup in the space technology field actively working to explore new frontiers in space and satellite technologies while fostering a culture of transparency and integrity. 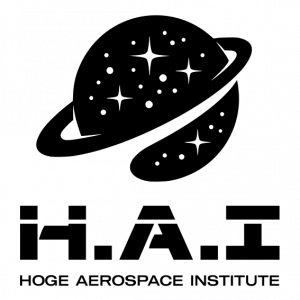