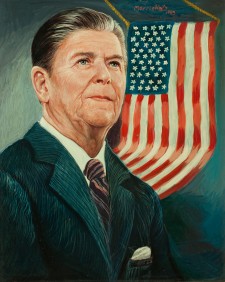 NEW YORK, May 26, 2020 (Newswire.com) -
The month of May has been officially designated by presidents of both parties as “Jewish Heritage Month,” a tribute to the contributions that Jewish immigrants and their descendants have made to this nation. In honor of this occasion, the Wall Street-based Orthodox Jewish Chamber of Commerce has reintroduced the legendary “Presidential Collection” portraits of US presidents to the general public. The full private collection is now available online for the first time in history, so that it can be viewed and appreciated by Americans far and wide under Coronavirus lockdown at (www.MorrisKatz.org).

The Presidential Collection was the apple of the eye of the legendary artist Morris Katz, a Holocaust survivor who painted it to perfection as a show of appreciation to the nation that provided him refuge and protected his religious freedoms.

Earlier this month, Congress passed with overwhelming bipartisan support the “Never Again Education Act,” which provides funding for Holocaust education in US schools. In his official proclamation of Jewish Heritage Month for this year, President Trump stated, “Throughout history, the Jewish people have demonstrated an unbreakable spirit, overcoming suffering, cruel oppression, violence, and bigotry.”

Morris Katz was a larger than life personality and representative of these values. Morris’s art career in the US would earn him global acclaim, with nicknames such as “the world’s fastest artist”. Morris was recognized by the Guinness Book of World Records as both the fastest and most prolific artist in the world, wresting the latter world record from Picasso in his presence! Morris was prominently featured by “Ripley’s Believe it or Not” and a cross-section of major US media shows. Fame and all, Morris Katz maintained an approachable, good-natured persona. He prized his ability to use art to transmit his patriotism to the next generation. Similarly, Morris’ gratitude towards the US for providing him sanctuary and his reverence for the American value of religious liberty knew no bounds.

Within minutes of the assassination of President John F. Kennedy, Morris began his longest and dearest project ever: The Presidential Collection. Morris spent six years painting meticulous masterful portraits of each president, from George Washington through, eventually, George H. W. Bush. The artist famous for completing beautiful portraits within minutes spent an average of 200 hours(!) on each Presidential Collection portrait in “Old Master” style. These were the first presidential portraits in history in which the flags featured a precise number of stars, equal to the number of states/colonies in the union at the time. These portraits became world-famous. Millions of postcards featuring them were sold, each one featuring a tribute from the artist to the presidents and the great nation they led. “He took enormous pride in being a Jew and an American patriot. Morris is an incredible larger-than-life inspiration to every American,” says Duvi Honig, Founder of the Orthodox Jewish Chamber of Commerce.

About Orthodox Jewish Chamber Of Commerce

"Uniting the World via Commerce" We are a global umbrella of businesses of all sizes, bridging the highest echelons of the business and governmental worlds together. 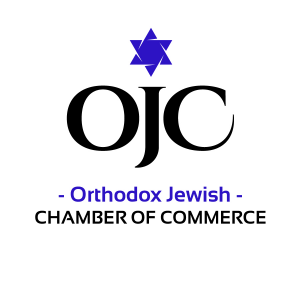