FISHERS, Ind., June 10, 2020 (Newswire.com) - ​Myra Kivett, a recent graduate of Fishers High School and her father Jeff Kivett, a small business owner of MediaFuel Digital Agency, collaborated on a music video for lives upended by COVID-19. Inspired by her community's supportive acts of kindness, the song Myra wrote is now itself quickly becoming a source of inspiration for others.

"It's an anthem of hope for our community," said Taryn DeVeau, owner and coach at DeVeau's School of Gymnastics. "It takes a pure heart to rise above and see the good during tough times. Myra's song is a great reminder of how we can and should support each other."

Myra explains the impetus for writing "There's Hope," saying, "I felt like there was a lot of negativity circulating in the media. It seemed that every time we turned on the news, there was just more bad news. Instead of feeling sorry for myself and others, I chose to focus on the people in my community and saw hope everywhere. So many people have been doing things to help the situation, including making masks, getting groceries for the elderly, financially supporting local businesses, and much more. Initially, I intended to write a song for my class, but then I realized that hope knows no boundaries. Everyone can have it, and it's more contagious than a virus."

"Myra loves songwriting, so I encouraged her to share her message with a song, and I am honored to have been a part of this extraordinary project," Myra's father Jeff said. "As a small business owner myself, I have experienced the hardship and the blessings during this recent crisis, and I feel like Myra's message should be shared far and wide."

The music for “There’s Hope” was produced by Steven Potaczek of HEREAFTER music. Jeff also sang backup vocals. The music video was filmed in a warehouse in Fishers, Indiana.

Myra graduated in the top two percent of her high school class and will attend IUPUI's Honors College as a Bepko Scholar in the fall. She will major in Communications and Journalism and minor in Music and Theatre. Myra has already written over 50 songs and aspires to become a songwriter and television host.

Founded in 2002, MediaFuel is a Digital Agency that exists to distinguish brands and help them generate demand. MediaFuel has helped companies in technology, manufacturing, education, healthcare, non-profit, construction, sports, entertainment, automotive, and more. MediaFuel employs a team of 10 in the greater Indianapolis, Indiana, area. For more information about MediaFuel, visit mediafuel.net. For media inquiries, contact Micki Harlow at 317-578-3399 or by email at micki@mediafuel.net.

Founded in 2002, MediaFuel is a Digital Agency that exists to distinguish brands and help them generate demand. 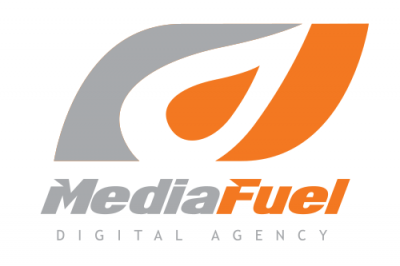