At a conference at the Church of Scientology in Washington, D.C., Citizens Commission on Human Rights national office explores the role of psychiatry in Hitler's "final solution."

The service began with the prayer “Shema Israel” and a candle-lighting ceremony in remembrance of the 6 million Jews, including 1.5 million children, murdered in the Holocaust.

Keynote speaker and moderator of the panel, Isabelle Vladoiu, who coordinates the work of Citizens Commission on Human Rights in Washington, D.C., delivered an introduction to the Holocaust, exposing the systematic and state-sponsored persecution and murder of millions of Jews by the Nazi regime.

In the film Psychiatry: An Industry of Death, Citizens Commission on Human Rights documents the role of psychiatrists in the Holocaust. Psychiatrists established killing centers where they exterminated mental patients and perfected the methods they later used in the death camps.

In a public confession 60 years after the Nuremberg Trials, by Dr. Frank Schneider, President of the German Association of Psychiatrists, stated: “Under National Socialism, psychiatrists showed contempt towards the patients in their care; they lied to them and deceived them and their families. They forced them to be sterilized, arranged their deaths and even performed killings themselves. Patients were used as test subjects for unjustifiable research—research that left them traumatized or even dead.”

These were the very methods that became Hitler’s “final solution” for the extermination of the Jews.

“Our shame and regret,” said Schneider, “are also rooted in the fact that it has taken this association, of which I am President today, 70 years to make a systematic effort to come to terms with its past and the history of its predecessors under National Socialism, and—irrespective of the historical facts that may come to light—to ask for forgiveness from the victims of forced migration, forced sterilization, human experiments and murder.”

Those attending were invited to take part in the World Jewish Congress #WeRemember campaign—a social media initiative to raise awareness of the Holocaust—by tweeting images of themselves holding a “We Remember” sign. Now in its third year, last year the campaign reached 650 million people in 155 countries and it is well on its way to breaking that record.

The twofold purpose of International Holocaust Remembrance Day is to serve as a date for official commemoration of the victims of the Nazi regime and to promote Holocaust education throughout the world. Following the conference, visitors were invited to tour the Church’s Public Information Center where displays and videos told the dark history of the Holocaust and its roots in Nazi psychiatry.

To learn the history of psychiatry, watch Psychiatry: An Industry of Death on the Scientology Network. 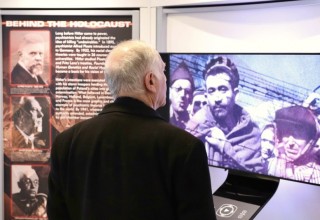 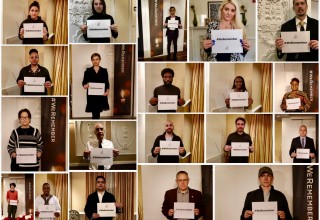 In Spain, a Scientology Initiative Helps Communities Stay Well
Scientology Volunteer Ministers of Spain launch their Stay Well Campaign as the country gets ready to welcome visitors from across Europe.
Scientology - Jun 18, 2020