The regulations are in response to the explosive growth of unmanned aircraft systems, or drones, since 2013. The FAA reported over 865,000 registered drones in May 2022 and estimates that number will grow to 1.4 million by 2024.

To prevent collisions with passenger airplanes and other aircraft, the FAA is mandating all drones operating in U.S. airspace have Remote Identification (RID) capability. Remote ID provides agencies like the FAA, law enforcement, and other federal agencies a greater situational awareness to be able to identify when a drone appears to be flying in an unsafe manner or where it is not allowed to fly. Remote ID also lays the foundation of the safety and security groundwork needed for more complex drone operations. The regulations require all drones made or sold in the United States after December 2022 to support RID, and that all drone pilots (including those who fly for fun, business, or public safety) must register and operate their drone in accordance with the final rule on remote ID, beginning Sept. 16, 2023.

Hidden Level's drone monitoring technology was designed to keep up with the rapid technological advancements to drones such as Remote Identification. In 2019, the company released a white paper identifying potential gaps in RID and published a technology blog identifying additional factors that should be addressed with a comprehensive RID solution.

"When it comes to integrating the FAA's broadcast Remote Identification in drone tracking systems, Hidden Level is way ahead of the game," said Jeff Cole, CEO and co-founder of Hidden Level. "Our AMS not only receives RID signaling in its coverage area but also verifies it, addressing two significant gaps in the RID system."

Hidden Level's AMS technology uses a local network of passive RF sensors installed on buildings, rooftops and cell towers, which detects the movements of drone aircraft in the area. That allows it to track drones even without a RID broadcast, resolving the first gap.

The Hidden Level AMS also checks and validates RID signals by correlating fine angle estimates from its sensors on the received RID broadcast messages with the drone position information included in the messages.

"That allows Hidden Level's AMS to detect any drones failing to broadcast RID data or transmitting false information, and report it almost instantaneously," Cole said. "That capability is essential to any organization, whether it's a city, a stadium or a company facility, that is trying to ensure safety and security."

The Hidden Level AMS is a cloud-based scalable solution that utilizes a local network of passive RF drone detection sensors, much like a cellular network, that is owned, operated, and maintained by Hidden Level. The sensors, installed on buildings, rooftops and cell towers, provide real-time location data on drone aircraft. Clients receive streaming AMS data that integrates into a variety of common security platforms.

To learn more about Hidden Level and its readiness for the FAA-mandated RID system, visit hiddenlevel.com.

ABOUT HIDDEN LEVEL
Founded in 2018, Hidden Level is led by a team of skilled sensor experts with more than a decade of experience building innovative sensor solutions for both military and commercial customers. Hidden Level's airspace monitoring service delivers the only industry solution that provides secure, accurate low-altitude airspace monitoring at scale. By eliminating the burden of owning, operating and maintaining expensive and rapidly changing sensor technology equipment, Hidden Level provides its customers only what is necessary—real-time, actionable data at a fraction of the cost. 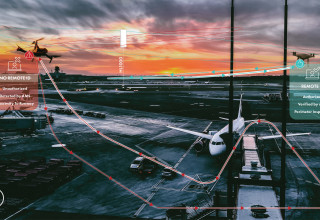 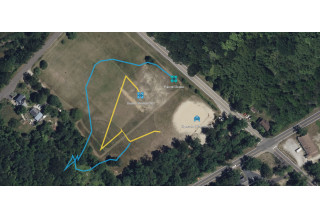 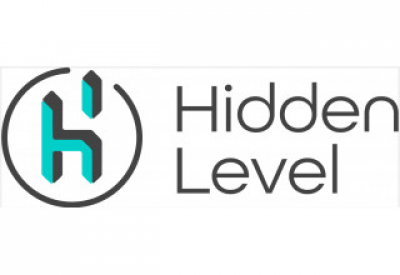 Hidden Level Emerges as an Industry Leader in Low-Altitude Drone Sensing Software
Hidden Level's mission is to develop the most reliable and scalable sensor technology for a safer and smarter world.
Hidden Level - Jul 18, 2022